A bleak and drizzly Saturday saw Chelmsford host their first Cup game of the season against Woodbridge RFC, who have notably not entered a cup competition in 7 years and will be delighted with the result. Chelmsford used this break from the league to rotate their squad and offered a much changed line up in this opening Cup game. Throughout the game, and in keeping with their usual strong forward performance, Chelmsford dominated in the set scrum and lineout but the ball release from the ruck and maul was generally slow and the passing along the backs hesitant and Chelmsford will no doubt be disappointed with how they played, and ultimately lost, this game.

For the first fifteen minutes, Chelmsford had all the ball and territory and, following pressure on the Woodbridge line, scrum-half Ben Bayley – playing his first game for the 1st XV for a year – jumped over several bodies to score under the posts. When Woodbridge did get the ball they kicked deep, a sensible choice which allowed them to level the score when the ball was kicked into the dead ball area and a subsequent 22 lineout kick was charged down, giving a Woodbridge player the opportunity to gather the ball and score under the posts. Woodbridge took the lead following an excellent cross field kick by their talented fly-half, which was gathered by the winger who scored in the corner. Chelmsford continued to pressure but handling errors prevented progress. Half time Chelmsford 7 Woodbridge 12.

Chelmsford began the half, playing down the slope and soon scored when Marcus Pottinger – also returning from injury to play his first game for the 1st XV since January 2019 – caught the ball in the lineout and the resulting rolling maul saw Jack Pearce go over for a try. Chelmsford were now starting to give away too many penalties which allowed Woodbridge to gain the lead with a well taken kick. They extended the lead when their right winger gathered the ball with fifty metres to go and, although he did show pace, a number of missed tackles by Chelmsford ultimately saw him get over the line. Discipline, or lack thereof, is fast becoming a theme in the Chelmsford game, meaning that even when they win games they are working much harder than they should have to. They will need to address this as the season goes on if they hope to secure a place at the top of the table.

With ten minutes to go Chelmsford did reduce the lead, when another catch and drive allowed Kieran Reeve – a new addition to the squad this season, well and truly earning his stripes in recent weeks in the front row – to plummet over. Woodbridge put up a sound defence to keep their lead and win the game, helped by some poor handling from the Chelmsford team. This is not a game Chelmsford will wish to remember and they will be hoping for a much better performance when they play Barking next week – kick off 3pm. 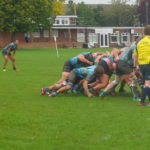 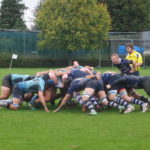 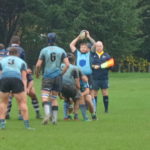 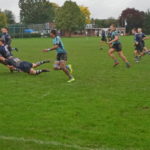 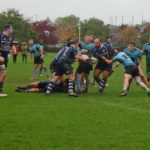 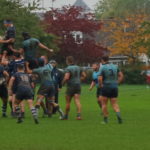 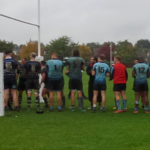 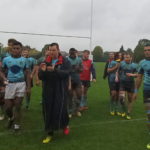