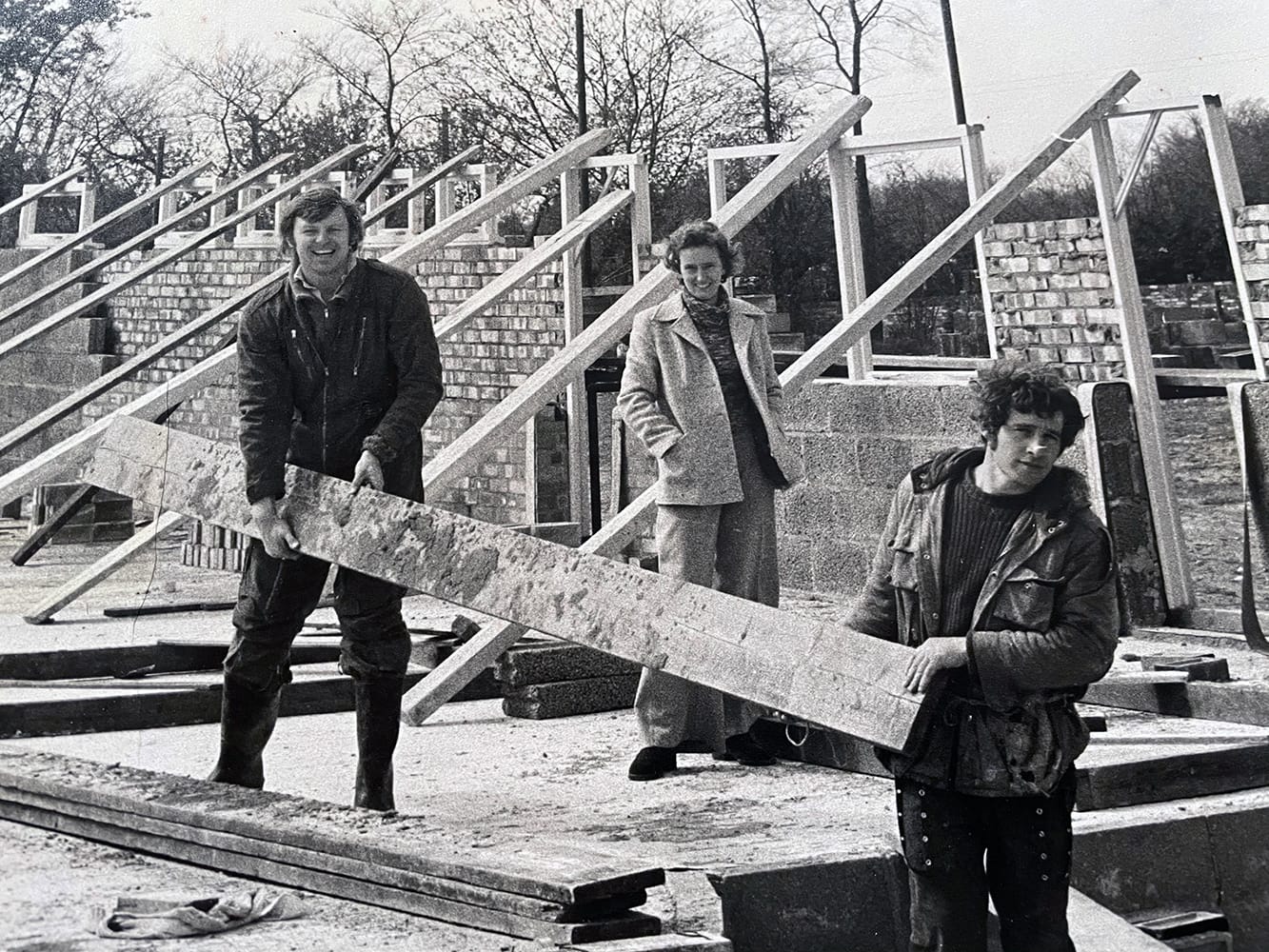 Adrian, who was Club Chairman; Tim Johnson’s uncle and Timmy Johnson’s brother, died on Tuesday 23 Mar. Tim has shared these original photos of Hatchley Barn being built by him and other players and would like to recognise Adrian’s contribution. Tim adds….
“It is with sadness, that I announce that Adrian Johnson has passed away peacefully at home.
Adrian played forWoodbridge Rugby Union Football Club during the 70’s, whilst his real sporting passion was hockey and cricket, where he represented Suffolk. Adrian gave up playing rugby after breaking his leg!
Along with many other players, and his brother Timmy Johnson, Adrian was fundamental and a driving force in buying the land and building Hatchley Barn (see pictures), the foundation of the Club that we love so much today.
Adrian was lifelong supporter of the rugby club and always keen to hear match updates from his nephews and niece Ollie, Ed, Magic and TJ whenever we had the chance to discuss rugby”. 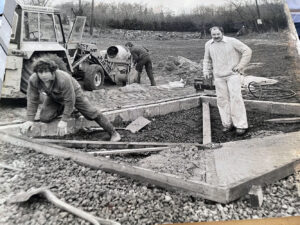 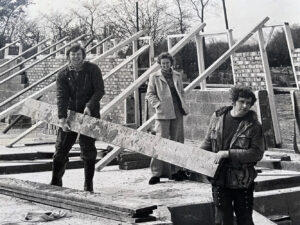 4 Comments » for Adrian Johnson – In Memoriam