Norfolk side Wymondham Wasps, the undefeated league leaders with a perfect 7 and 0 record, breezed into Hatchley Barn on Sunday, and left with a Bee in their bonnet!
Despite an impressive first half display that included tries from Nik Kaciubskyj, Laura Blowers, the always impressive Libby Lockwood and Canadian stand-off Kelsey Harpman, it wasn’t until halftime this match really kicked into life.
As the first half drew to a close, the Amazons were on the wrong end of a 0-26 scoreline, staring defeat in the face. The visitors had dealt with their Suffolk hosts very effectively, pressurising Woodbridge playmaker Claire Brickley at every opportunity, whilst doing the basics well themselves, rucking well and using inside passes to expose gaps in the Amazons defense.
After heavy pressure inside the Wymondham 22, referee Andy Wilesmith blew for the interval with the result virtually assured.
Instead of letting their heads drop and accepting a hiding, the Amazons once again showed their fighting spirit and in the last 15 minutes had the leaders well and truly rattled.
It was a different side that tore at their illustrious opponents after the restart, as drive after drive at the Wasps line was repelled. Super defending by the Norfolk side held firm, the threat was cleared and it was then the Wasps time to turn the screw.
Lockwood returned a high ball with interest, only for Amazon centre Kirsty Brierley to run her down yards from scoring. Just managing to get back in numbers, the Woodbridge defence held up a runner over the try line. Another try scoring opportunity and another attacker thwarted as the Amazons threw all they had at their Norfolk visitors. Eventually however, the ball was worked wide until Lockwood touched down to make it 0-31.
A tapped penalty by Brickley, followed by a quick turnover saw Lockwood grab her hattrick from halfway, making an already commanding score look totally unassailable.
Substitutes entered the fray on both sides, but it was the gutsy hosts that stood up in the closing quarter.
Excellent supporting lines saw the ball moved freely until Aby Kegg scored a first for the hosts.
Julie Thatcher converted to make it 7-36.
From the restart more pressure from Woodbridge had the leaders on the back foot, momentum, despite the scoreline firmly in their favour now.
A break from Brierley led to a scrum, and Carmelo Roisin powered her way from her number 8 position over at the corner.
It had been a great display from her, as well as resolute defence from winger Rhian Claydon out wide. Maggie Kelly simply ran through a Wasps defender at the death, and the injury was enough for the ref to call it a day.
It’s never fun getting beaten at home, but it’s totally acceptable to lose to a very good undefeated side, and go down fighting, heads held high at the final whistle. Once again this group of ladies showed tremendous courage, and a rebuilding season is fast developing into a great looking squad. 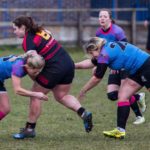 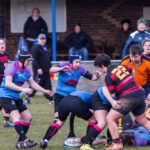 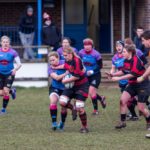 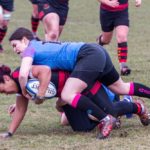 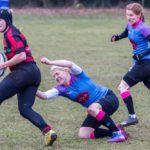 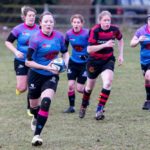 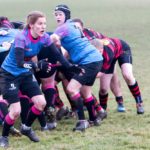 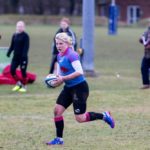 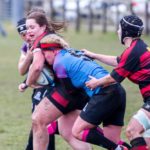 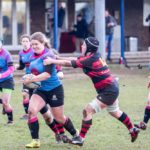 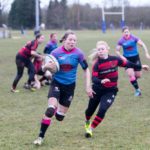 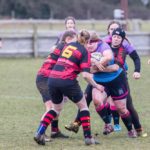 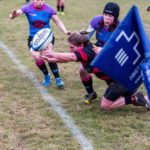 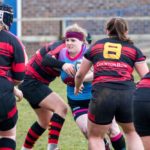 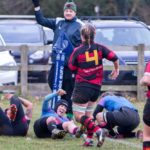 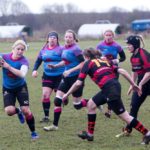 Posted on 30th January 2017 by Simon Ballard — No Comments