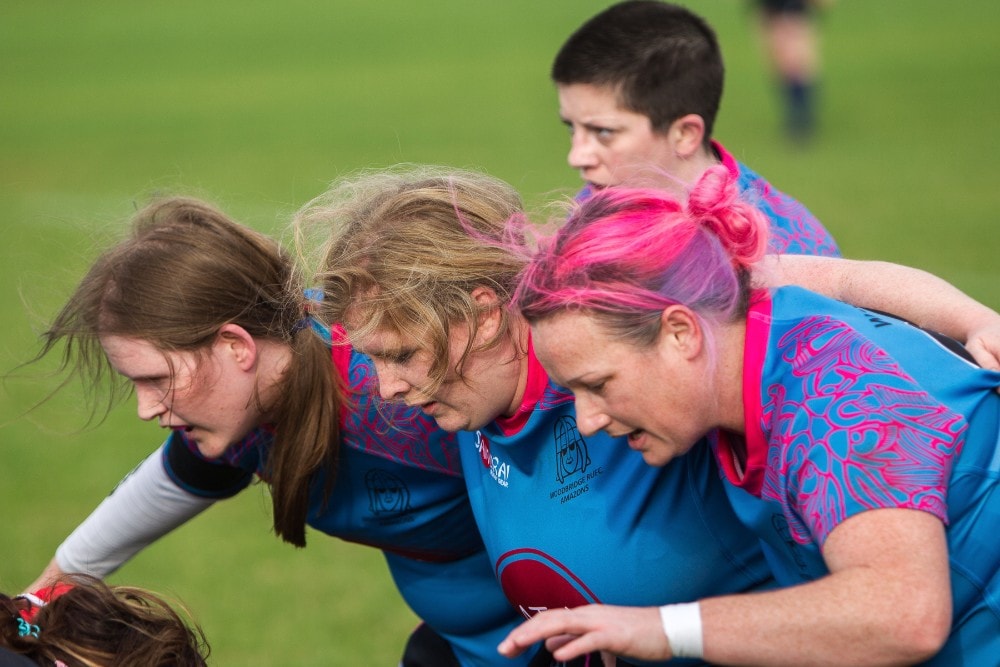 Despite a much improved performance by the Amazons, the Woodbridge ladies came away second best against a strong, youthful Harwich & Dovercourt side this week. The four tries to one differential speaks volumes, but really doesn’t describe the events of this competitive, combative fixture.

The hosts began tentatively, possibly because of the recent Tabard defeat, and went behind early. H&D fullback Yaz Amber burst into the back line and when confronted by her opposite number Julie Tyler, simply offloaded to the impressive Mimi Montgomery, who touched down under the posts. Amber kicked the conversion.

The Amazons settled into the game, and began exerting pressure of their own. It was clear from the outset the experience of front row forwards Paula Ireland and Beth Kinlan at the scrums required “attention” from the referee. Penalties ensued and Stacy Robinson was unlucky with two attempts that were wide by inches. Influential back row forward Julie Thatcher left the field nursing a shoulder.

Harwich & Dovercourt’s lively backs were denied a try when the ball was held up in the corner and just moments later the arrears were reduced when more great scrummaging led to a try for Woodbridge captain Claire Brickley. The conversion was missed.

A huge positive for the Amazons was much improved rucking and recycling, and together with the dominance at the scrum, the half time deficit of 5-7 looked a small number to claw back.

The second half began brightly too, as the Amazons collected their own kick off. A driving maul moved forward but possession was given away and pressure was relieved. The ball was kicked forward by Harwich & Dovercourt and flanker Chloe Heywood took advantage of another Woodbridge slip up, gathering the loose ball before racing 50 metres to score her sides second try. Amber converted.

The second half proved frustrating for the hosts. Dominance at the front row led to warnings for the visitors, but no penalties or yellow cards were given. Injuries to Caz Black and Robinson meant the Amazons were down to 14, then 13 players, and two further tries from Harwich put the match out of reach.

Turnover ball at a ruck led to a Stevie Farrow try that Amber converted, and this was added to by Montgomery straight from the restart. Woodbridge continued to battle wilfully, but the lack of fit players by the end proved too much and the referee got one decision correct when he blew to end the contest. 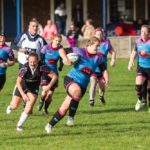 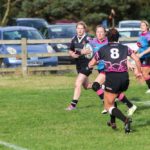 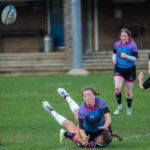 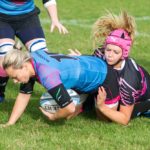 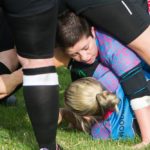 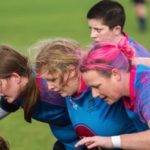 Posted on 16th October 2016 by Simon Ballard — No Comments