Bury stood fifth in the table and Woodbridge second so this match looked like a fair fight, possibly Woodbridge as favourites despite playing away. Oh no. Bury started on fire, straight up to the Warriors 22 and scrummaging hard. Fly half JP Hart cleared for the Warriors but full back Andrew Devoy ran it straight back moving wide on the right to connect with Connor Roberts on the wing who scored and, prophetically, set the format for the game.
The Warriors set to brush off this early set back with prop Billy King thundering tenaciously up field for Adrian Sanday to take it left where Jamie Smith tried a grubber kick. Holding their line-out Woodbridge moved right, Taff Lloyd this time with the kick through only to be brought back for a Bury penalty which Dan Bond prevented from finding touch. Bury’s No 8 Matt Edison snatched possession at a line-out they set off down the right again, winning another couple of line-outs and forcing Woodbridge to defend to halfway where they were pushed off the scrum but won a penalty and Bury lost a player to the bin. Bury’s Sean Davis put in a powerful charge, Sam Dean turned over yet another line-out and Roberts ran wide to score again.
Undeterred the Warriors battled on, Lloyd trying the kick-through again and Smith finding touch in the Bury 22 from where Jono Cooke, Hart and Smith went for the line helping the lithe frame of prop Ed Banthorp to score on the post.
Lifted by this Woodbridge attacked again in this fast-paced game King stole the ball and Sanday put Cooke, Josh Thomas, Tim Johnson and Dan Taylor tantalisingly close. Bury reacted swiftly using their strong pack and boisterous scrum half, Stuart Turner and Edison to help wing Ross Taylor to score. Moments later they were back, this time Taylor passed the scoring honours to Edison. Woodbridge dug deep to hold Bury back as they attacked on the left wing Hart putting in a flying tackle on Devoy but prop Davis delivered a forceful gallop through the 22 to put flanker Sam Dean over ending an action-packed first half.
The onslaught continued in the second half. Bury were clearly enjoying confident team-play and opened with their forwards taking Route One before moving the ball wide for Turner to score against stretched defence. After a brief charge by Warrior lock; Johnson, the hosts were quickly back and shifting the ball expertly to Devoy who added a try to his eventual five conversions. Two minutes later it was the industrious Bury hooker; Luke Ryman who scored. Woodbridge weren’t to be ignored however and despite a threatening run from Edison they came back through a team-wide effort around Cooke who rampaged through tackles to set Smith up to score and lift Warrior heads. Woodbridge held off another attack, hung on to a line-out and scrum as Lloyd set Herb Parsley barrelling into the Bury 22 for Hart to dot down. With fifteen minutes to run Woodbridge sniffed a losing bonus point but it wasn’t to be. Tries from Bury lock Alex Palmer, wing Roberts – on a hat-trick – and finally flanker Aubrey Grimes killed any further thoughts as Woodbridge were out-classed with a performance that belied Bury’s league position. 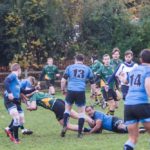 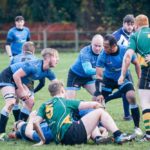 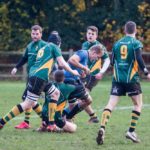 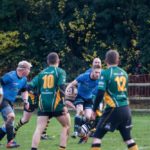 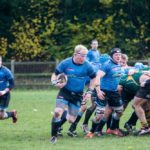 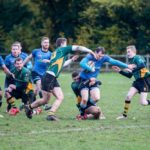 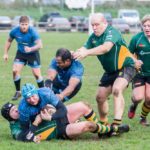 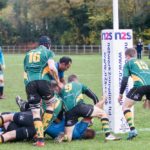 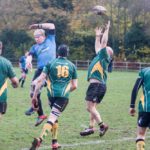 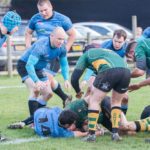 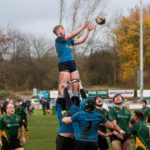 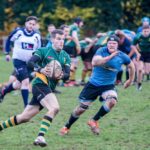 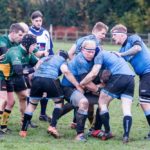 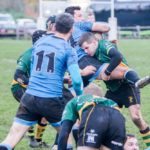 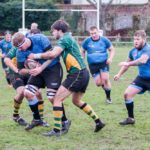 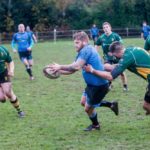 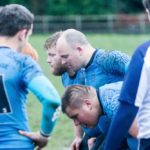 Posted on 1st December 2016 by Simon Ballard — No Comments