The Amazons returned to winning ways at an inhospitable Chelmsford on Sunday.. Biting wind and a sloping pitch, combined with a referee intent on halting play every few seconds, meant the Suffolk ladies had to fight for every score.
After a minutes silence was observed, the hosts kicked off into a strong wind and up the slope – this looked like being a tale of two halves in the wintry conditions.
The kick return was knocked on for what would be the first of a thousand scrums.
Woodbridge pressured in the early stages, Centre Stacy Robinson making inroads through the heart of the defence, as the visitors looked to capitalise on the wind and slope advantage.
The Amazons scrums were dominant, and from that solid platform Skipper Claire Brickley burst down the right of the field, with winger Robyn Gordon flying outside her. The pass to Gordon went to hands and the ex Rosslyn Park finisher touched down under the posts. She converted her own score to make it 0-7.
Chelmsford battled back, but struggled to maintain possession for long enough to threaten.
Gordon grabbed her brace soon after, again speeding around the last defender for the second try of the half.
The Amazons superior fitness began to show, as the game was regularly held up for injuries to Chelmsford players.
A scrum just inside the hosts 22 saw number eight Carmel Roisin pick up and charge through the fly halves channel, keeping up her try a game average and a 0-17 half time advantage.
With conditions worsening, one wondered if seventeen points was a big enough lead, but a superbly structured score to start the second half ended any doubts of a comeback. Spreading play left then right, using forwards to punch holes into the hosts defensive line, and backs to stretch their outside advantage, Centre Anna Dewberry capped off a super passage of play.
Chelmsford looked to play in the visitors half but Julie Tyler mopped up well from her fullback position and the rest of the match was played out from scrum to scrum as the merry whistle blower refused to let the game flow.
On an uncomfortable afternoon, this ended a comfortable win for the Suffolk side, who returned across the border happy with a 22 point unanswered victory.. 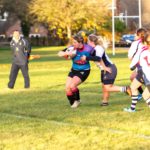 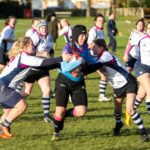 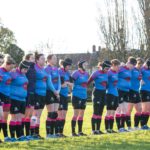 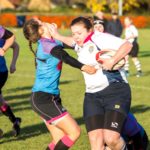 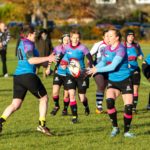 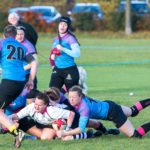 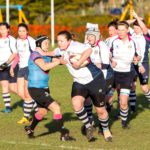 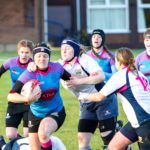 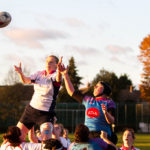 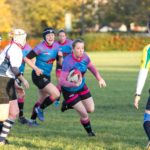 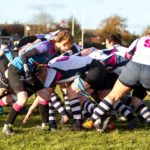 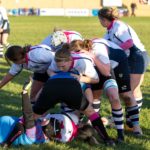 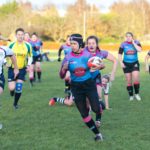 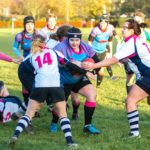 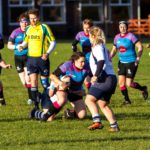 Posted on 12th November 2017 by Simon Ballard — No Comments