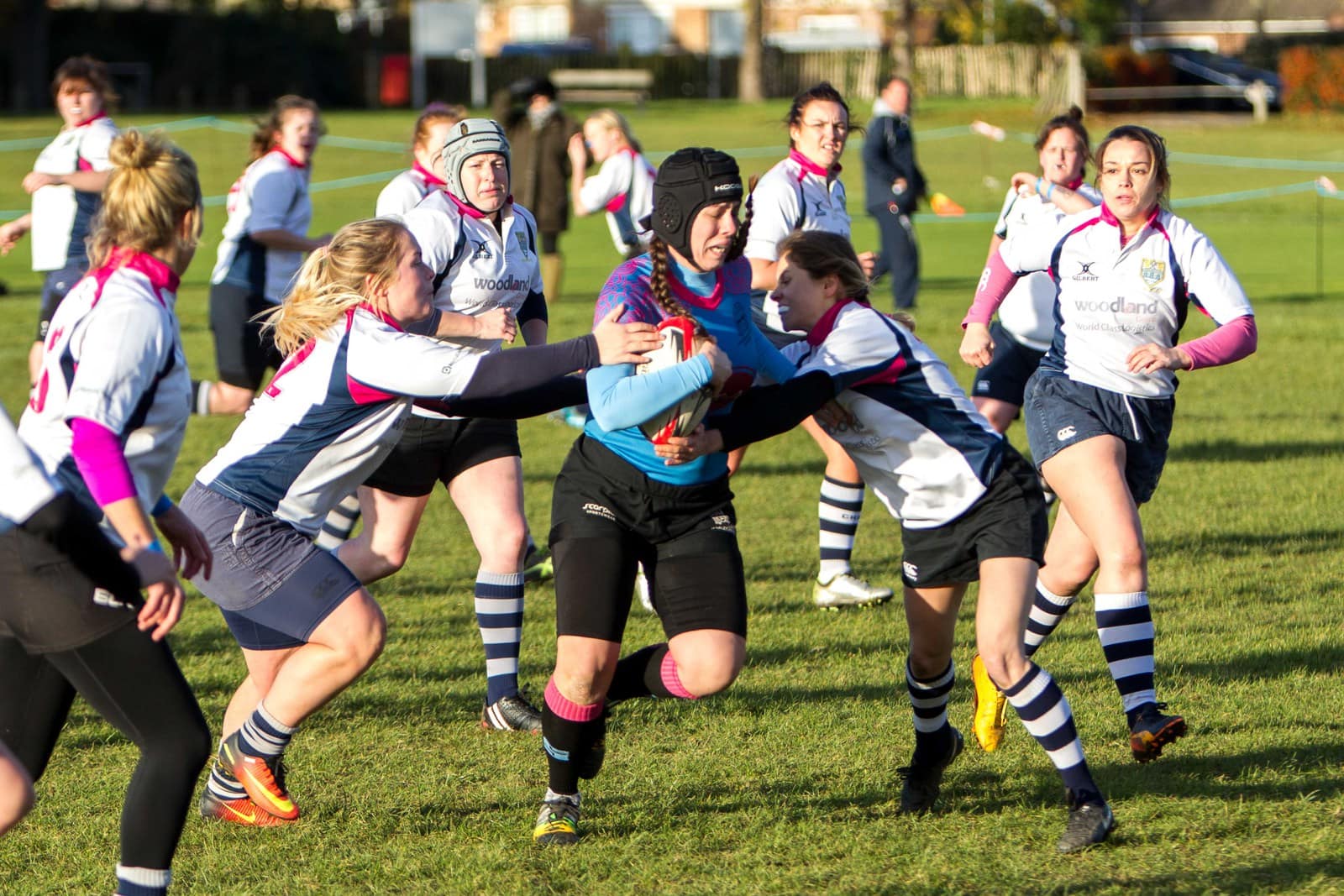 The Amazons travelled to another Essex side on Sunday as Chelmsford hosted the Suffolk side on a cold and windy afternoon. Playing up the slope and into a stiff breeze the visitors knew they were in for a long afternoon as Chelmsford applied early pressure.
An offside penalty gave the hosts a scoring opportunity, which fly half Karly Harrington kicked successfully.
Woodbridge began to play, but it was clear Chelmsford had worked on their defensive patterns. The Amazons have learned to be patient this season though, and continued to attack from different angles. Forwards bashed the ball up, the backs ran wide, and gradually, gains were made.
Chelmsford on the other hand, employed a singular approach and repeatedly drove into the heart of Woodbridge’s stout defence. It wasn’t pretty, or particularly effective, but the referee ensured everyone had a regular breather by blowing his whistle loudly, and very often.
All the play, despite the wind, was in the hosts half and Woodbridge came closest to breaking the scrappy stalemate when flyhalf Claire Brickley dummied her centres and popped the ball wide to winger Christina Murgatroyd. She crossed the whitewash but was held up and the ball was knocked on from the resultant scrum.
Just the one penalty separated the two sides at the break then, but with the wind and slope advantage and a more adventurous approach to the game clearly evident, it was Woodbridge that turned around as favourites.
Sure enough, an early score saw the lead change hands when prop Toni Bell burst forward, ably supported by Brickley, who sidestepped the last defender to touch down from 10 metres out. Murgatroyd converted for a 3-7 scoreline.
More Amazons pressure and centre Beth Clapson gained good yards before releasing winger Kylie Smith. The try looked on as Smith, a product of the Woodbridge Valkyries youth side, sprinted down the sideline. A cracking tackle from fullback Emily Akon prevented the try however, and Alex Saunders was the second person to cross the line but was held up, no try.
The referee lost all control at the breakdown but a steal by the Amazons resulted in Brickleys second try when quick hands resulted in the captain touching down in the corner.
There was time for one more score and it was fitting that it went the way of Bell, her short burst epitomising the hard work done by the pack all day. Murgatoyd converted to end the scoring at 3-19, a scoreline that rather flattered the hosts after a second half in which the Amazons had dominated possession.
A scrappy affair, not helped by a lacklustre officiating performance, but a real team effort by this improving Woodbridge side, who moved above Southwold into fourth place in the league.

Posted on 14th January 2019 by Simon Ballard — No Comments