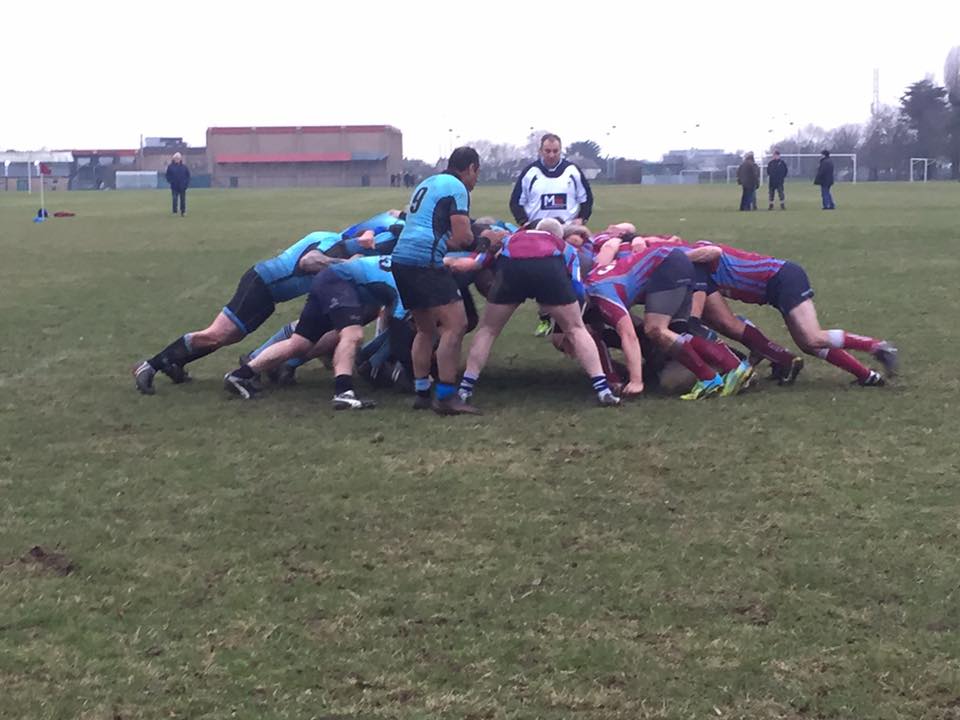 Woodbridge survive immense pressure and a yellow with solid scrums and fantastic defence. Woodbridge kick off and clacton knock onthe ball backwards, Jack Jermyn ッ jumps on the loose ball and it’s shipped out to the backs till play is stopped by a knock on. Woodbridge recover the ball and John Yorke runs through the clacton defence and boots it up the field and forces clacton to make some try saving tackles. Woodbridge fire again but a knock on stops play. A solid drum sees the ball spun wide to Doug who steps inside to score, john y for the extras. 7-0 to the good. This kicks clacton into life and with another penalty given away puts them on Woodbridge’s 22. A great chase and tackle out of the back of the scrum but Josh Mr-Morphine Sugrue stops clacton on their tracks. Woodbridge give away another penalty and clacton kick the ball out on the 5m. Jez Hannon calls no jump at the line out and it works as clacton knock on. A brilliant scrum gives john Y a chance to smash the ball up the field. Clacton refuse to accept this and set up camp in Woodbridge’s half but the Saxons are not giving clacton a chance to breath with a brilliant display in defence. After 20-25 mins of pressure from clacton, Woodbridge regain the ball and jez and Alex Delbrouque power up the field. A great kick from John y and great work at the line out from jack see’s Woodbridge inches from the try line.clacton recover and boot the call up the pitch and Ben Herbert collects but a shoulder barge from Chris Voller stops play. Clacton now back in Woodbridges half and applying massive pressure and the Saxons fight for every inch but clacton finally go over 7-5. Game on!

A great period of back and forward from both teams and some great running from Ben h sees john y slip through and score, takes the extras too.

One change at halftime with Matthew North off and Marc tindall on and having a instant impact with a great return from the kick off.clacton regain the ball and almost score but Ben H saves the day. Woodbridge used the pure power of josh and Stephen Sugrue and Ben h slips around to score, easy points for john Y! Woodbridge return the kick via Ben h who receives a nasty looking high tackle and voller has a few words and gets yellow. A powerful scrum allows adi and john Y to ship the ball out to Doug to score his 2nd, no extras this time. Powerful running from the big lumps sees clacton feel the pressure and give away the the penalty and jez points to the posts, John steps up and converts. This makes clacton rally and they tear Woodbridge but the Saxons weather the storm, the steal the ball back and get into their half and a beautiful pass sees Matt north go over before being called back for a forward pass. This doesn’t phase Woodbridge and they almost score again but a skilful tackle see’s ham knocked into touch. A tense 2nd half but Woodbridge hold firm. 29-5 final score! 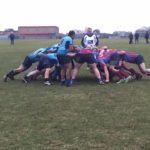 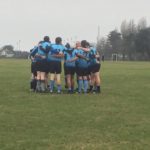 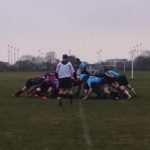 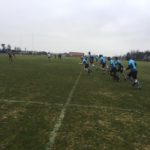 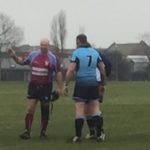 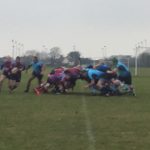 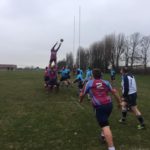 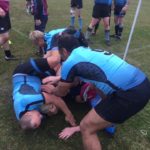 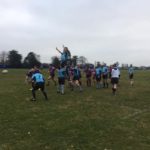 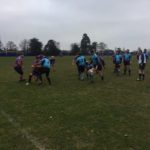 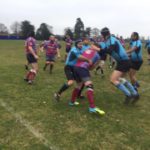 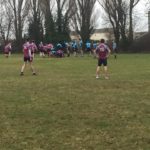 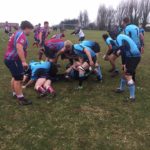 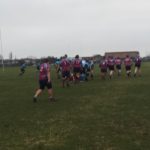 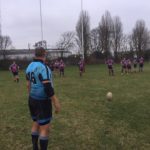 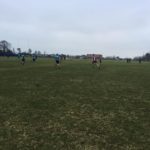 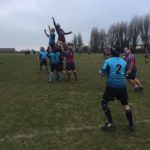 Posted on 14th January 2018 by Simon Ballard — No Comments