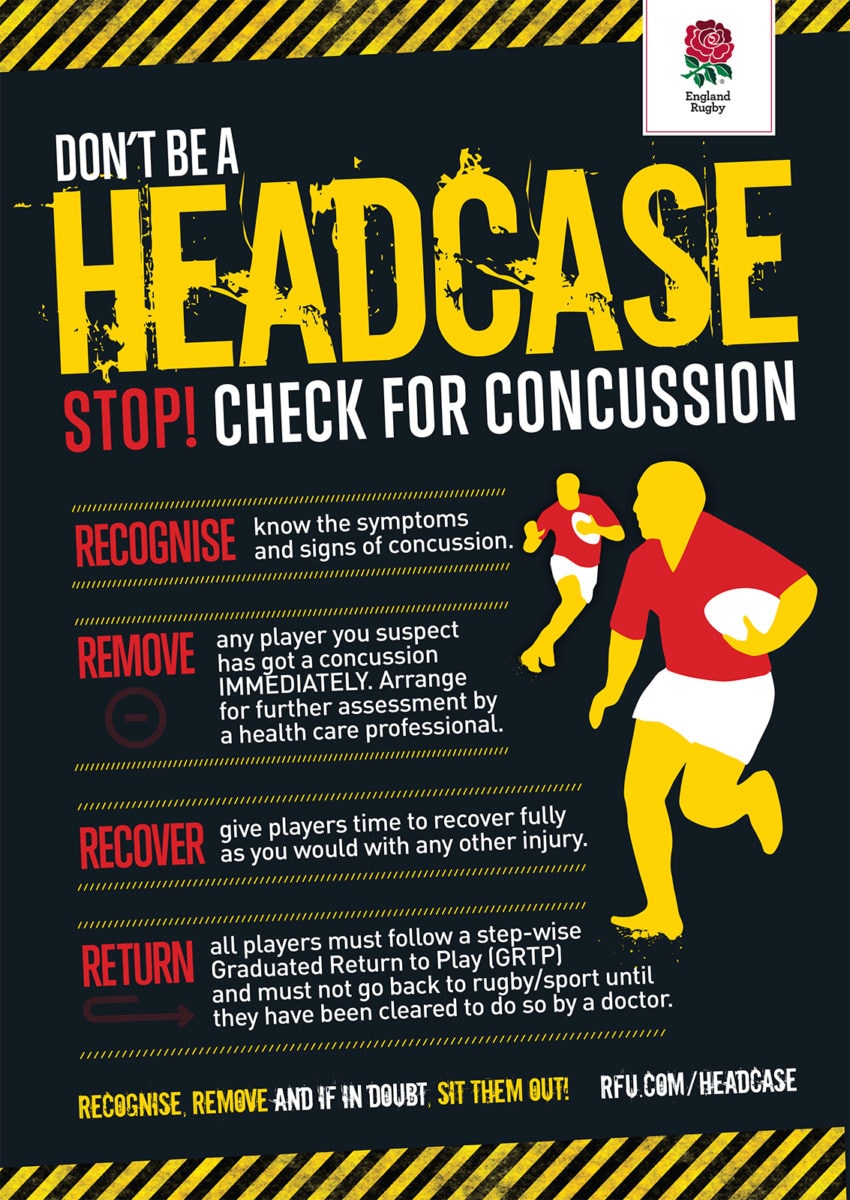 What is concussion? Is it serious?

Concussion is a disturbance of the normal working of the brain but without there being any structural damage. Most people who sustain a concussion do not require any treatment as they normally get better by themselves and recover quickly, but for some the symptoms may last for days, weeks or in rare cases even longer.

Is concussion different in young players?

In young players we do need to be more cautious. Because the child or adolescent brain is still developing, there is particular concern that concussion can have more of an impact on the brain, and a second concussion occurring before recovery of the first results in prolonged symptoms that can have a significant impact on the child.

Although extremely rare in sport, a blow to the head (direct or indirect) may first appear to be concussion, when in reality there is something more serious going on; such as bleeding or swelling in or around the brain. Sometimes the symptoms of a more serious brain injury do not occur for several hours or days after the initial injury has taken place. If not recognised, these injuries can have very serious consequences.

What about repeated concussions?

Because there is considerable variation in the initial effects of concussion, and spontaneous recovery is often rapid, this can increase the potential for players to ignore concussion symptoms at the time of injury or return to play before they’ve fully recovered. There are therefore concerns that repeated concussion – particularly before full recovery – could shorten a player’s career, significantly interfere with their academic performance, and may have some potential to result in permanent neurological impairment.

Read the overview and watch the video below

How common is concussion in rugby?

It is hard to say how common concussion is as players often don’t admit to being concussed or there isn’t someone who can correctly diagnose concussion available at the time.

What is rugby doing about concussion?

Over the years there have been a number of specific initiatives within rugby, and an ongoing programme of player, coach and official training and education which all contributes to the prevention of concussion. Some of these include:

Posted on 23rd February 2017 by Simon Ballard — No Comments