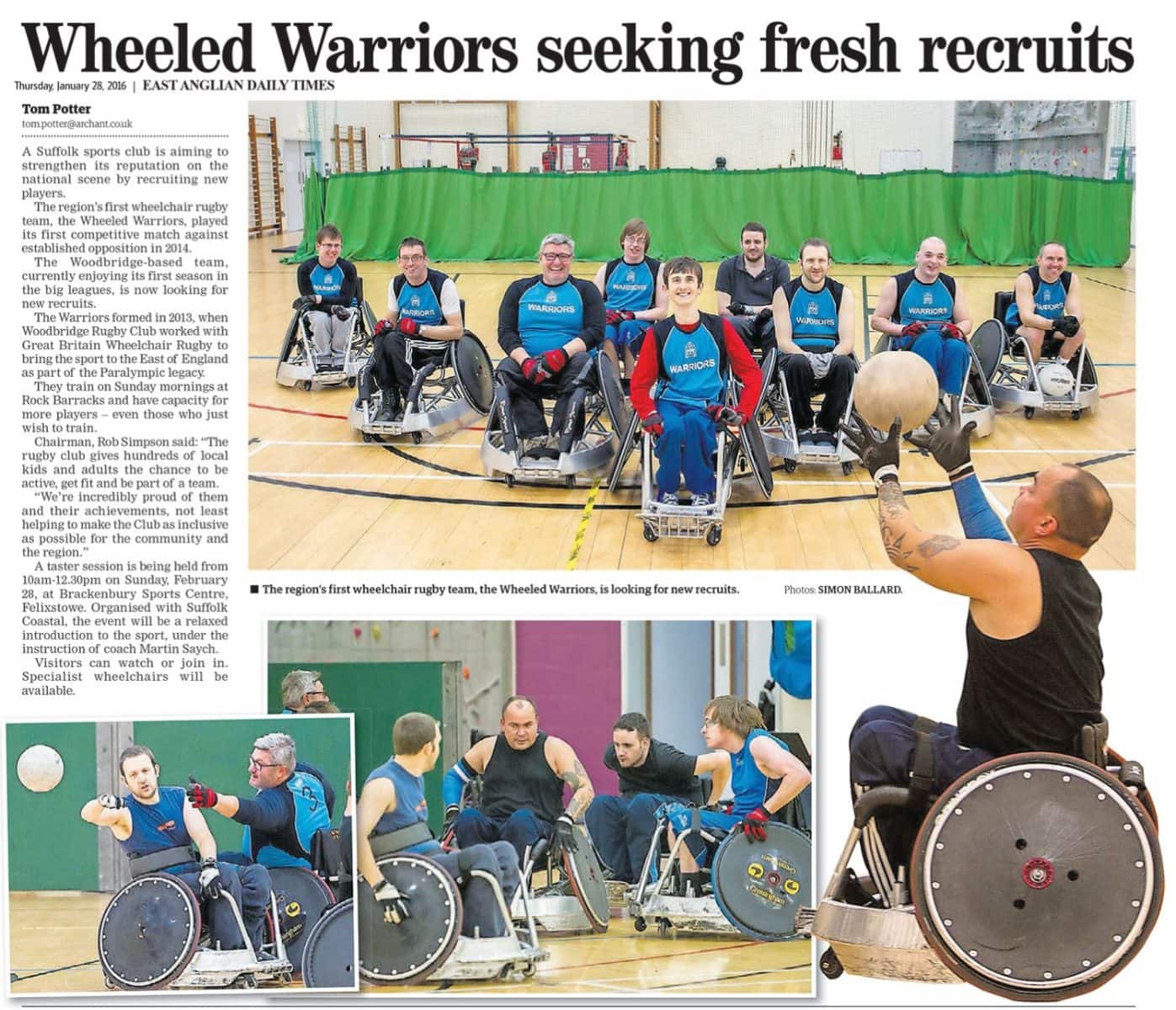 The region’s first wheelchair rugby team, the Wheelchair Warriors, is looking for new recruits. Formed in 2013 as a part of Woodbridge Rugby Club it is holding a Taster Session on Sunday 28 February at Brackenbury Sports Centre, Felixstowe IP11 9JF to attract new members. The session will start at 10am and last until 12.30pm.

The Wheelchair Warriors came together when Woodbridge Rugby Club worked with Great Britain Wheelchair Rugby to bring this rapidly-growing sport to the East of England as part of the Paralympic legacy. With only ten clubs across the whole of Great Britain in those days, players had to travel long distances to train and play. They train every Sunday morning at Rock Barracks and have capacity for more players to join – even if it’s just to train.

With this Taster Session the Warriors hope to attract;

The event, organised in conjunction with Suffolk Coastal District Council, will be a relaxed introduction to the sport under the careful instruction of Martin Saych, the Warriors Coach. Visitors can just watch, have a go, try some skills and join in the game on the day if they choose. Specialist wheelchairs will be available for visitors to try so they remain safe.

Rob Simpson, Chairman of Woodbridge Rugby Club, said “The Rugby Club gives hundreds of local kids and adults the chance to be active, get fit and be part of a team. The Wheeled Warriors are currently in their first season competing in the BT Super Series Division 3 where they won their first league match in Stoke Mandeville last weekend. We’re incredibly proud of them and their achievements, not least helping to make the Club as inclusive as possible for the community and the region.”

Posted on 28th January 2016 by Simon Ballard — No Comments