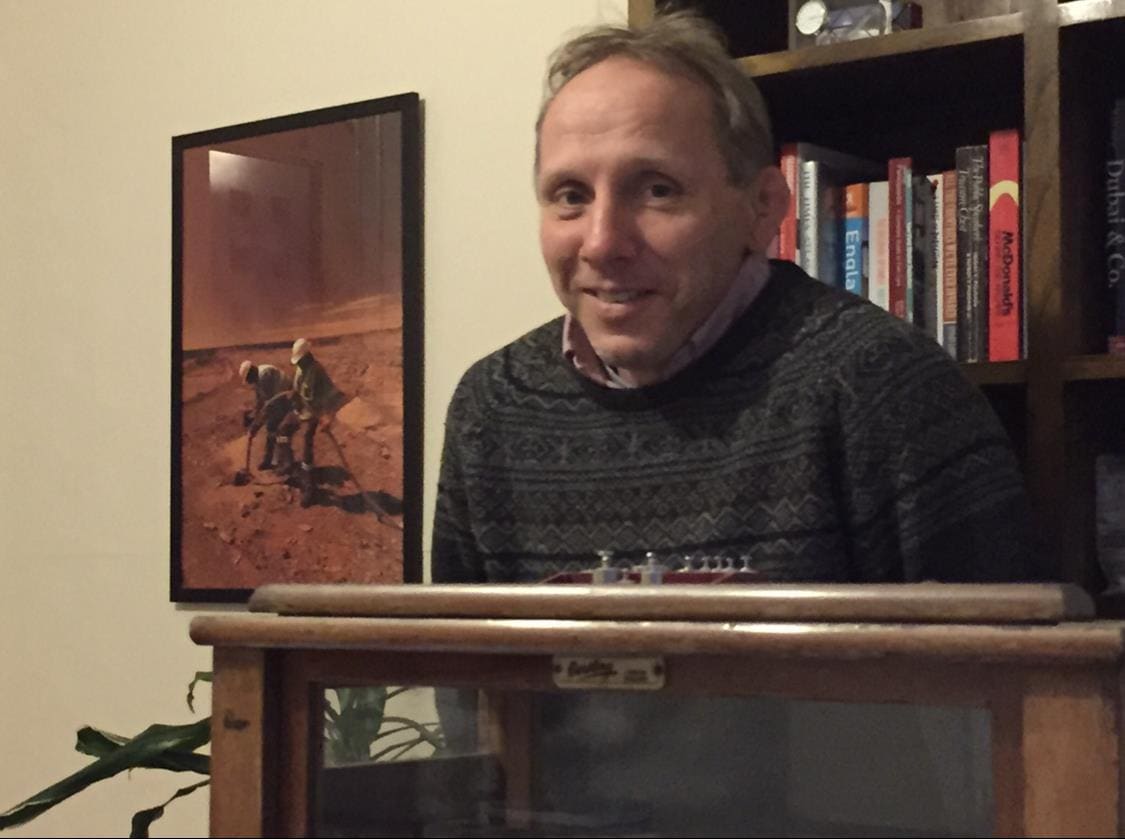 A year ago today, Duncan Andrews passed away and left a gaping hole in so many lives. I meant to write something much sooner, but I made excuses, because it still seems inconceivable that Duncan won’t ever come back. Surely he’s somewhere east of Russia giving a talk at an obscure conference on the latest developments in mining explosives (using a cobbled-together hand-mixer, of course, and dropping in to see some friend he knows from Uzbekistan who he met on a rugby pitch). 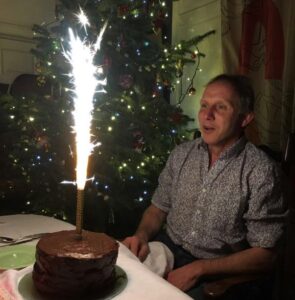 For us, his family, it has been a year of simply hanging-on-in-there, because Duncan would not tolerate anything less; no thinking of oneself in times of sadness: No, he would have somehow carried on, rallying the kids, working, sporting, and being busy. Everyone who knew him, no doubt has spent this last year missing him at various times. He had a vast circle of  rugby/football/climbing companions, work colleagues and friends from wherever he landed that meant so much to him. He kept up the contacts through work or sporting events, – he always preferred to “do things that create memories” rather than just meet in a pub (though that was compulsory too, to be fair). Gatherings usually involved a match, a few pints, and a good catch up. Always, a long hike or three, which you didn’t always want to do, but you did it because it was Duncan and you just couldn’t say no. He’d always say “You don’t regret doing things, just not doing things!” His loyalty and commitment to friendship was reflected in the largest gathering ever seen at the Woodland burial in Suffolk. So many of you have been in touch and offered practical help and support in the past months. Thank you so much, it has meant the world and I know Duncan would be grateful. Sometimes I just haven’t been able to speak, and for that I apologise. I just can’t sometimes. Friends and family have kept me sane and I shall not forget that.

So this is a message of utter thanks to so many people, for everything that you have meant to us. In the weeks, even days, before Duncan died, we were surrounded by so many family and friends, who, without ever saying it, came to say farewell. They arrived, sometimes more than once, from the next village, or the other side of the world. Duncan wanted them there, alongside his parents Chris and Helene, and sister Fiona, even though sometimes he had little energy to speak. But we laughed, cried, and reminisced. Just how Duncan wanted it to be; with no awkward goodbyes.

Thank you also for our friends and neighbours who would just leave gifts and cards at the house as Duncan became unwell and when we are on our own. Flowers, bottles of wine, strawberries, cards, emails. All so gratefully received, though I felt too overwhelmed to say so at the time. We even received a garden makeover as we escaped for a few days before the funeral.

Speaking about what he meant to us at his funeral, I felt the sheer weight of loss amongst those who love him. It has inspired one of his friends to make ‘The book of Duncan’ primarily for Brodie and Calum, which shares some of the memories and photos from his friends. Thank you Tom, it is such an incredible gift. 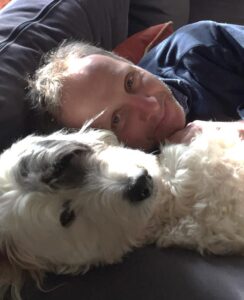 I have to thank Woodbridge Rugby Club for all that you meant to Duncan. Specifically to his fellow coaches and his numerous Colts players, the last group of whom organised a framed photo of the team to give to Duncan when he was in the hospice. I took a photo of him pointing carefully at each face as he remembered the individuals who made his coaching so utterly enjoyable. I think that’s the last picture I have of him. I believe one of the boys has a tattoo to remind him of how special the club is, and there’s a plaque on the wall there that they all contributed to, remembering Duncan. It was only fitting then that we celebrated Duncan’s life at Woodbridge Rugby Club. Thank you to everyone who made it such a memorable day; Duncan would have loved that rolling game of touch rugby featuring all ages, all abilities, and those who hung on to pints or cigarettes whilst walking the turf – that was the point, to be on the pitch to remember the man for whom it was a second home.

The collections on behalf of St. Elizabeth hospice, who gave Duncan such dedicated and compassionate care, raised well over £3,000. I have no idea who everyone was that gave so generously, but thank you so much. It is a beautiful environment at the hospice, and their warmth and understanding got us through some tough weeks.

In the weeks after Duncan’s death, I received quite a few letters. They are still such a comfort. It seems that he inspired people to try harder, be better and give everything – to work, sport, adventure, people. “Be more Duncan” is a phrase that has often appeared in my head from those heartfelt letters; that and the fact that people thought of him as having super-human abilities… which made his death seem even more surreal. 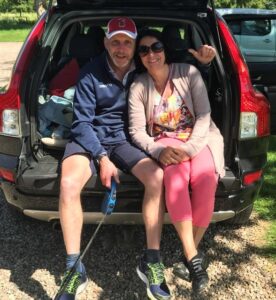 In the year since then we have endeavoured to keep Duncan’s business going. Lever Far East, as most of you will know, was not just work, but a passion for him. We knew that most of the business would have to go, but we wanted to keep some of the chemical trading, and thanks to so many offers of help and advice, it is still there. The warehouse which I don’t think any visitor to our home could escape, had to close. Without the help of John, a former warehouse manager, I would have just cried and left it. Thousands of square feet of ‘stuff’ has all gone, and it was a poignant moment when Calum loaded the forklift with the final pallet of product and drove it out of the warehouse for the last time. But enough melancholy! I am so very grateful to have a business that is still going and that I can (just about) run on my own. We have kept Duncan’s office on St. John’s Street, in Woodbridge, so please any visitors come and say hello if you’d like to. If I am here, you are welcome to ‘The Cheapest Coffee Shop in Town’. It’s still Duncan’s office, with his collections of whiskies, souvenir mugs, and rugby photos creating that cluttered effect we all aspire to. Some of his treasured rugby shirts that I used to nag him to cut down, have been made into cushion covers for the kids… a poignant souvenir of his wardrobe staples.

I thought it would be impossible to see people after Duncan had gone, but, gradually and thanks to amazing friends and family, you realise that it’s ok, you can still enjoy life and laugh and talk about other things. We’ve had weekends away, meals out and incredible offers of help to the kids. ‘Life goes on’ is a cruel cliché. 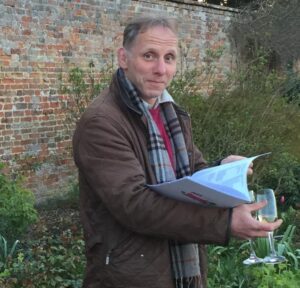 Due to the coronavirus (how would Duncan have coped?!), some plans had to change – Calum’s uni has closed and Brodie had to postpone her travels to New Zealand. But it has meant we have spent a lot of time as a family talking about Duncan and remembering the good times. We walk his beloved dog Bentley on the walks Duncan loved so much. I often stand by a particular huge oak tree and look across the River Deben – ‘Duncan’s Walk’ as we now know it. This part of Suffolk was the place he really thought of as home, yet ‘home’ was wherever he got a job and joined the rugby club. Over the past year I have received many pictures and messages from good friends from those old homes in Aus/HK/China/Vietnam, describing what you’re up to and how there’s someone missing from the gang. Tonight there’s a group of you meeting over a few drinks in HK to remember ‘Our Dunc’. Thank you, I have loved hearing your news and what Dunc meant to you. I am suddenly pulled up short when I hear there was an important match I missed – Duncan always just made sure we all knew what was going on.

So I hope you and your families are keeping well despite this strange pandemic we are in. If any of you are heading this way, please come and say hello as we’d love to see you. As the anniversary of his death unfolds today, we have been inundated with messages and gifts. Your support continues to lift us up.

And to Dunc, if you’re reading this from the big rugby pitch in the sky, I hope you’re proud of how we’ve tried to carry on despite your absence. The last year has been filled with so many emotions; sadness that I’ve lost my partner and best friend, anger that such a cruel disease took you so soon and that I can no longer rely on your support, laughter and friendship, but perhaps most of all, utter gratitude, that you gave me the best 25 years of my life, a wonderful home, and our two amazing kids. Not a day passes that we don’t miss you, but as time goes by all we can do is try to live our lives a bit closer to how you lived yours.

All my love, Amanda x

He is gone on the mountain,

He is lost to the forest,

When our need was the sorest.

From the raindrops shall borrow,

But to us comes no cheering,

To Duncan no morrow! 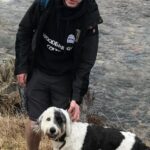 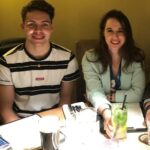 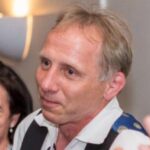 1 Comment » for Gone but never forgotten… a year after Duncan