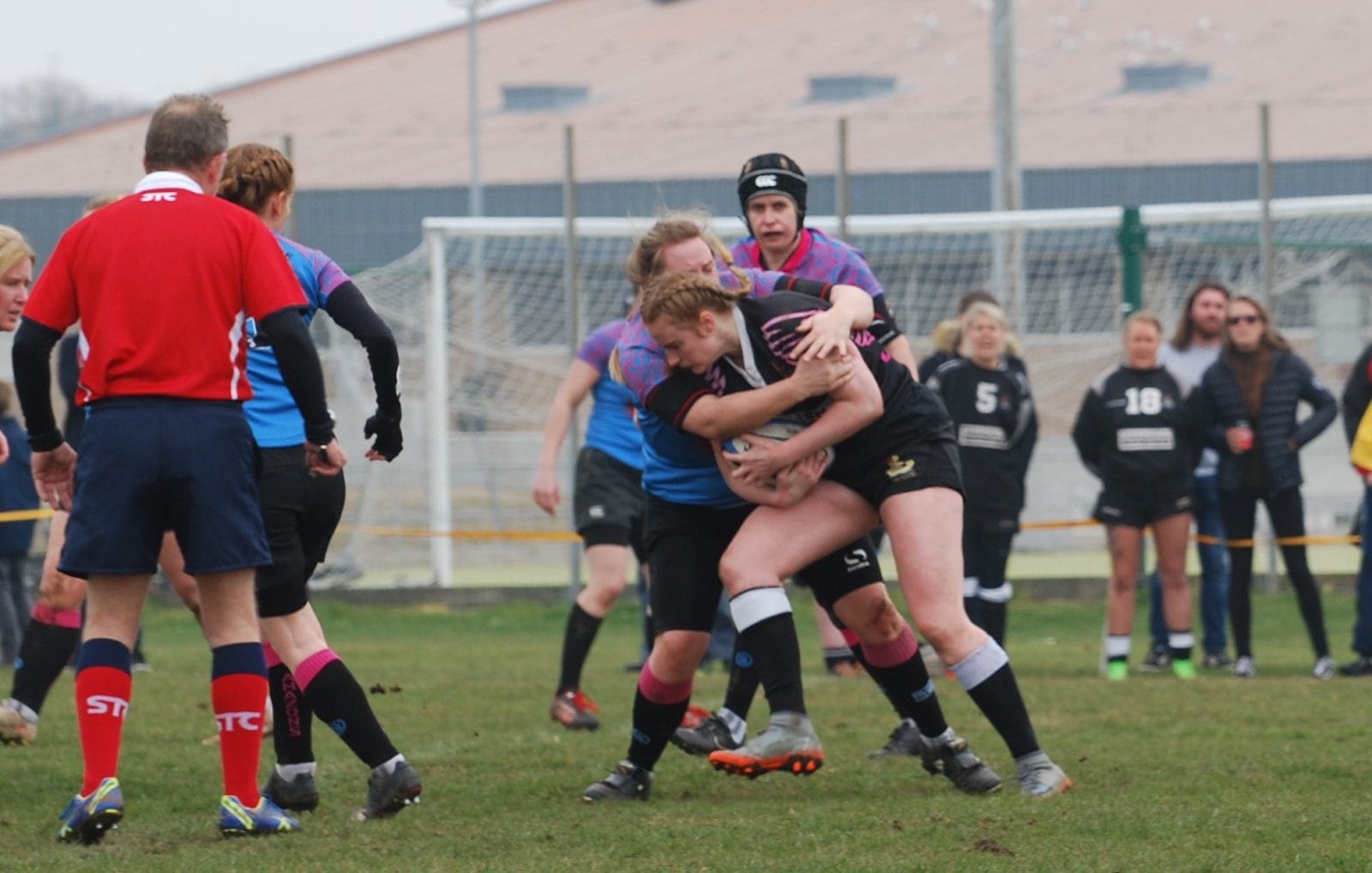 Following an impeccably observed minutes silence in memory of Harwich player Sam Hykel, who passed recently aged just 26, the hosts and their visitors from across the border in Woodbridge displayed womens rugby at it’s absolute finest.

Playing with their hearts on their sleeves, the top of the table Essex side displayed passion throughout. And, turning out just fifteen players, the Amazons who sit in third place, played with guts and determination that very nearly carried them to victory.

The visitors began the brighter, and prolonged early pressure resulted in the Hooker, Toni Bell scoring the first try of the match. This proved the tonic for the hosts to wake up, and possession evened out until Harwich skipper Sophia Tricker burst from her number eight berth to level the scores. She converted her own try to make the score 7-5 after 20 minutes.

Both teams tore into the opposition, almost in an arm wrestle as the forward packs kept things tight. Both sides possessed speed out wide though, and when the ball was worked out to the backs, huge chunks of territory were gained by black shirts and blue.

As you’d expect in a first versus third placed battle, both sides were black and blue by the time Amazons skipper Claire Brickley put her side back in front. A quickly tapped penalty from 15 metres out saw her weave in and out of defenders to touch down under the posts. Again the conversion attempt was missed though, so when Tricker grabbed her brace before the break, the hosts could enjoy a narrow 12-10 lead at halftime.

The interval was welcomed by both sides after a tremendous first 35.

The second period began as the first had, with the visitors in the ascendency. Some neat interplay, at great pace between Robyn Gordon and Beth Clapson, looked to have unlocked the Harwich defence out wide, but the hosts held firm.

It was then Woodbridge that had to defend as wave after wave of pressure from the hosts was repelled. Utilising all 22 of their squad, Harwich stayed the fresher throughout the second half, but resolute play from Woodbridge kept the score as tight as it could be.

Possession evened out once more, it really was pulsating viewing. Eventually the fresh legs played their part and lock Sian Smith went over in the corner after pressure inside created an overlap outside. That made it 17-10, still just a converted try in it.

Both sides tired as the tension mounted further. A Harwich attack into the Woodbridge 22 ended abruptly when the Amazons Julie Tyler intercepted the ball and headed upfield. Outstripping everybody, she was finally knocked to the ground just inches shy of a 70 metre score by Fullback Chelsea Shand, who literally saved the day for the league leaders.

That proved to be Woodbridges last chance and this fabulous display by both teams ended with pats on the back for everyone involved. It was a fitting tribute on a sad day, and both squads raised a glass in the clubhouse afterwards. Bravo. 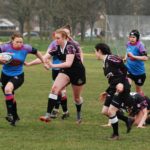 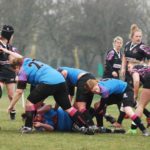 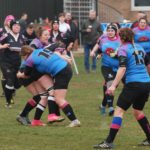 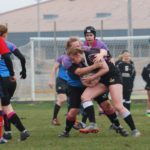