Having been let down at the last minute by Harlow last week, the Amazons kicked off their season on Sunday with a road trip to Norfolk. And, having no pre-season matches under their belt, the Amazons ran out at Lakenham Hewitt with a sense of the unknown.
From the outset it was clear however that training had gone very well as the visitors played with excellent structure. Quick ball from the breakdowns enabled the captain and fly half Claire Brickley the chance to use pods of forwards, as well as her backs to drive inroads into the hosts.
The opening quarter of play was hectic stuff, despite the sapping heat and Jess Delaney made a great break from her Fullback position, only to be denied by her opposite number Emma Pidgeon. The new Centre pairing of Stacy Robinson and Anna Dewberry looked threatening throughout, but the most pleasing aspect of the Amazons play was their composure and organisation on defence. Bursts from both Robinson and Dewberry resulted in one on ones with Pidgeon, and both times she stood firm to deny any scores.
All the Amazon forwards worked their socks off, Paula Ireland’s experience was invaluable, especially guiding Charlotte Granger through her first game at Prop. It wasn’t until the half hour mark that the hosts were finally outdone and the increasing Woodbridge pressure told. Brickley found a gap, Pidgeon again held firm, but quickly recycled possession saw Brickley with ball in hand again to cross the goal line. Robinson converted for a 7 point advantage. The rest of the half remained scoreless, but ominously for the Lakenham girls, the Amazons pack began dominating the set pieces.

After exchanging ownership in the second half, Brickley again got the chance to outpace defenders. Slicing through a gap, and with Pidgeon occupied elsewhere, the skipper claimed her second score. The resultant kick off was fielded by the impressive Joanna Zareba, who then suffered an awful knee injury that held up play for quite some time.
Unable to move her, the players moved onto another pitch. Julie Thatcher moved forward into the second row, with Delaney stepping into the vacated number 8 berth. Immediately, a Lakenham put-in was taken against the feed and Brickley was off again for her third try.
Robinson converted for a 19 point lead and the result was now not in doubt. Woodbridge’s well organised defending ensured the hosts didn’t threaten, but fatigue definitely crept in and Lakenham’s fly half Chloe Travis enjoyed more possession going into the closing stages.
At the final whistle there were smiles all round before thoughts quickly turned to Zareba, who it turns out, has suffered an ACL tear and is likely done for the season. Sad news indeed, after a positive and rewarding afternoons work that’s got the Amazons season off to a flying start. 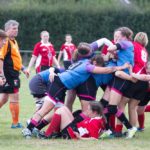 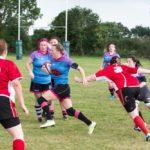 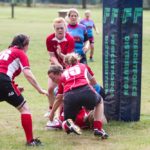 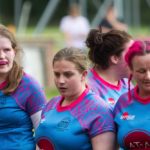 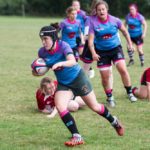 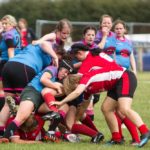 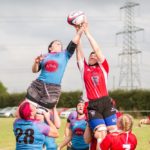 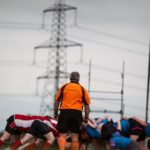 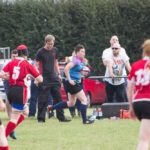 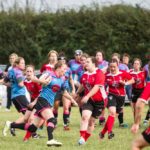 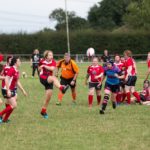 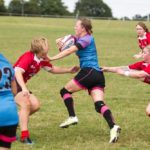 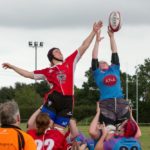 Posted on 19th September 2016 by Simon Ballard — No Comments