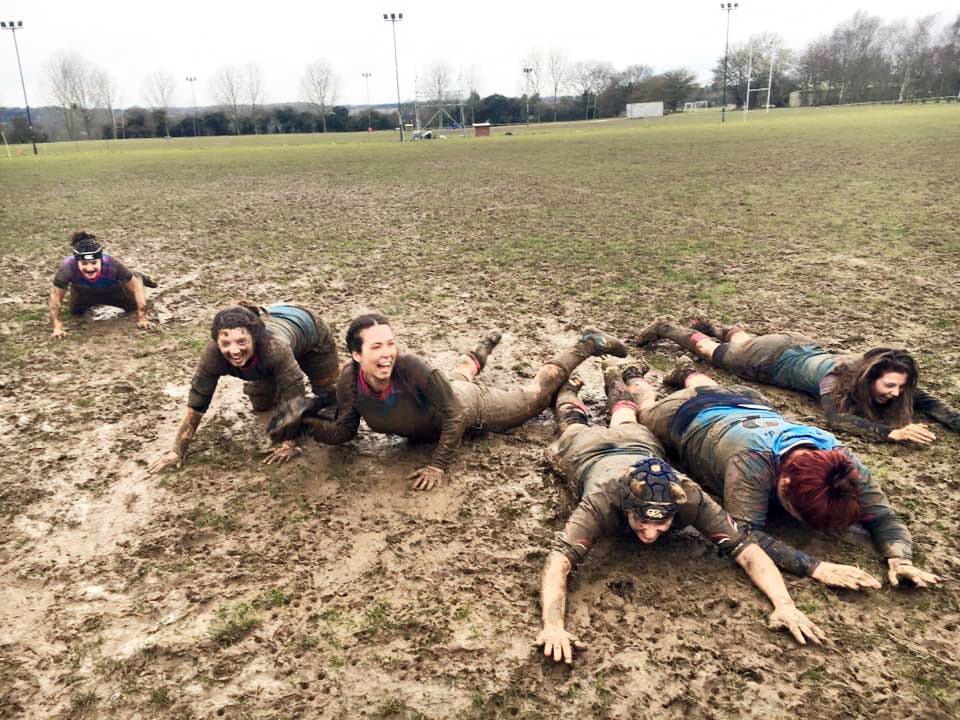 Report by Ian Girling
The Amazons got back to winning ways in fine style with a resounding victory over Lakenham Hewitt in Norfolk on Sunday.
Eight tries without response highlights the overwhelming hold the travellers had on the game, but in truth, the conditions were such that on a dry day, with grass on the pitch, this could have been even more one sided.
The hosts kicked off and enjoyed an opening period of possession. For the first ten minutes or so, Lakenham looked to play an open game and moved the ball well. However, after strong tackling by the Amazons, the tide turned and once the Suffolk side got a handle on the game, it became one way traffic.
There was a welcome return for hooker Rhian Claydon, and a strong run by her at the heart of Lakenhams defence set up the opening try. Carmel Roisin, playing at number eight this week capped a fine break, with Stacy Robinson converting for a 0-7 advantage.
They say practice makes perfect, and it was evident the squad have been working hard on their offloading in the tackle. Some sublime interplay by both backs and forwards again saw Claydon sprinting upfield. On this second occasion, she shrugged off the challenge from the fullback to score herself.
Further pressure from the Amazons forced a clearance kick from deep in the Lakenham half. The lineout ensued, but a knock on by Woodbridge meant a scrum feed for the hosts. Prop forwards Tor Felstein and Toni Bell held together a powerful pack that drove their Norfolk counterparts backwards, but it was the diminutive figure of scrum half Morvern McAlpine who sniped her way through bodies from close range to grab try number three.
Woodbridges dominance grew, along with their confidence, and they attempted to speed up the game. Skipper Claire Brickley was at the heart of everything and once the forwards began following orders, further scores came.
The tireless Julie Thatcher capitalised on a Jess Delaney run and there was time for one more before the half, when Delaney again set up the captain for try number 5.
With the halftime score at 0-27, the writing was on the wall in this mud bath of a match.
Another player returning to the starting lineup, Jenna Ray was excellent alongside the tremendous Libby Stopard in the back row, a real strength in this seasons Amazons squad.
Some might say the Amazons eased off the pedal somewhat in the second half, or that conditions may have stifled flair, but there were still three further scores from Brickly, Delaney and Sara Simms.
So much of this performance was quality, epitomised by the final score when Roisin caught the kick off, sprinted forwards, offloaded to Claydon, who in turn made ground, before offloading to Sara Simms, who smashed thru tacklers to seal victory.
An emphatic away victory 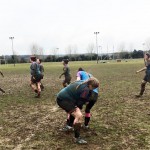 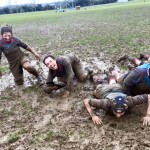 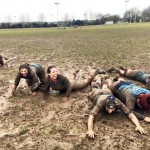 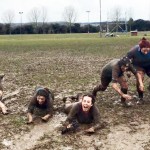 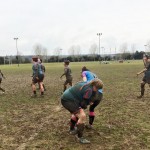 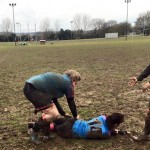 Posted on 7th March 2016 by Simon Ballard — No Comments