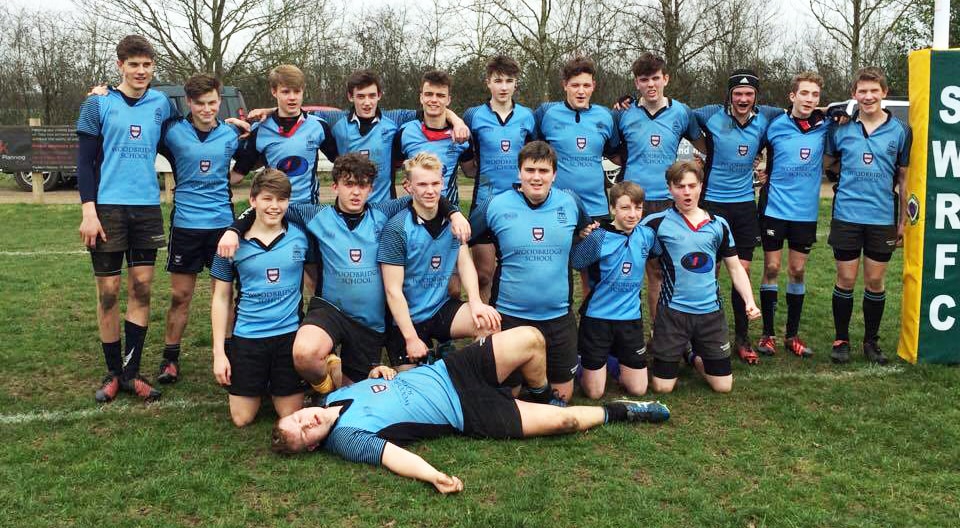 Woodbridge U16s signed off in style, with 9 tries and a clean sheet against 4 opponents at the Eastern Counties tournament. 2 tries against Lowestoft and Yarmouth in an ill-disciplined game and 2 more against hosts Newmarket, this time with a lot more composure. Excellent support running and offload options were becoming ingrained, leading to a 4 try rout of Thetford. With a great score in the unfamiliar position of wing for players’ favourite Ciaran Lewis. Leaving a final match against Colchester for a clean sweep.

On paper we were playing one of two ‘mixed’ Colchester teams, but after a lot of shirt swapping it looked very like their A team. And why not – they had worked hard with some tough fixtures, so everything for both teams to play for. In the end a single kick and collect try by protein-rich Woodbridge centre Alex Wakeling was the decider. But the game was won through the passion of 16 players who were determined that no-one should cross their line. With respect due to a quality Colchester side who unhesitatingly dropped to 14 players when injury put us a man down.

The off-season will be full of speculation as to whether Marcus deliberately fumbled the hat-trick ball? Was Sonnie’s performance enhanced or inhibited by the presence of his girlfriend? Is George the next George North? And will Travis and Elliot let Tom A cut their hair? And then we have Colts rugby to look forward to and the privilege of joining a squad who beat Colchester 31:0 in today’s Colt’s Eastern Counties final. Bring it on!