The odds favoured fourth-placed Woodbridge as they travelled to relegation contender Newmarket but the hosts clearly had other ideas. Scrum half Max Bell in boisterous form forced a scrum from which quick hands saw Danny Brooks offload and Simon Guenigault score wide on the left. Minutes later and Newmarket were back in the Warrior 22, fly half Tom Clifton kicking for an attacking line-out and scrum before Woodbridge wing Sam Jackson was penalised and No 8 Ali Walker scored the second in five minutes. Clearly shaken, Woodbridge rallied and JP Hart found some territory in the Newmarket 22 where the hosts gave away a number of penalties that allowed No 8 Jono Cooke to put in a couple of drives before quick hands shifted the ball for Jackson to knock on. Newmarket gave away another penalty at the ruck which allowed Sam Hallows to pull back three points and the penalties continued during an attack which earned a yellow card. Woodbridge didn’t have their normal confidence and failed to make ground from mounting Newmarket penalties, dropped the high ball and passed to touch when they did have possession. Despite this the man advantage eventually showed as scrum half Adam Plummer broke free in mid field for a penetrating run before JP Hart took over to run 40m and level the score. A poor restart saw the Warriors immediately under renewed pressure, Newmarket flanker Sam Rodman fought hard and a clever chip through from Walker saw winger Guenigault beat the defence to touch down and take the lead 15-10 at the break.

Newmarket scored quickly in the second half, Adam Plummer getting sacked at the back of the scrum and Rodham finishing off quick ball to get the try. The restart saw the home forwards get in on the act, storming up to the 5m line and pushing over, Ali Walker claiming the score to increase the challenge for a stunned Woodbridge. The visitors forwards reacted and exploited continuing Newmarket penalties and two sin bins to pick and drive in the danger zone, Dan Bond and his pack working hard to draw in the defence before the ball was spun out to Jackson to put down and get some return for his forward’s efforts. Newmarket weren’t to be stopped however and, with thirteen men, used replacements to energize its defence and repel a couple of runs from Cooke and Nick Woodley, Clifton kicking well to hold territory. One such attacking lineout saw a maul get close to the line before Walker offloaded to lock Matthew Kent to score and it was left to scrum half Max Bell to run 40m and seal a convincing win for the home side on the final whistle. 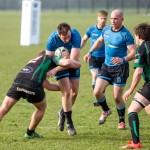 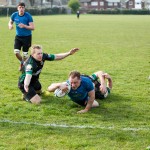 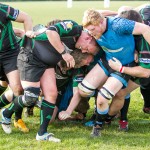 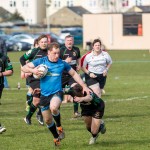 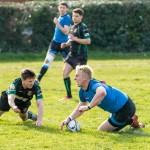 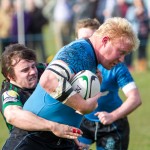 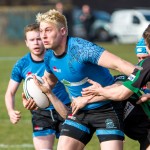 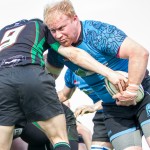 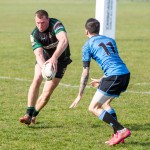 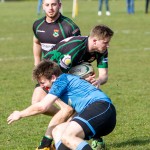 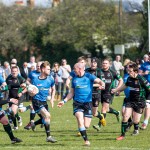 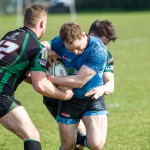 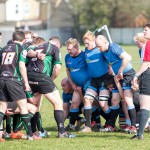 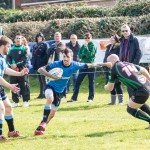 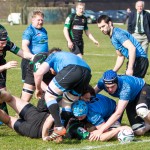 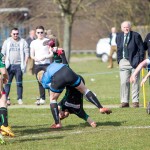 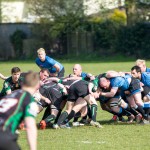 Posted on 5th April 2016 by Simon Ballard — No Comments