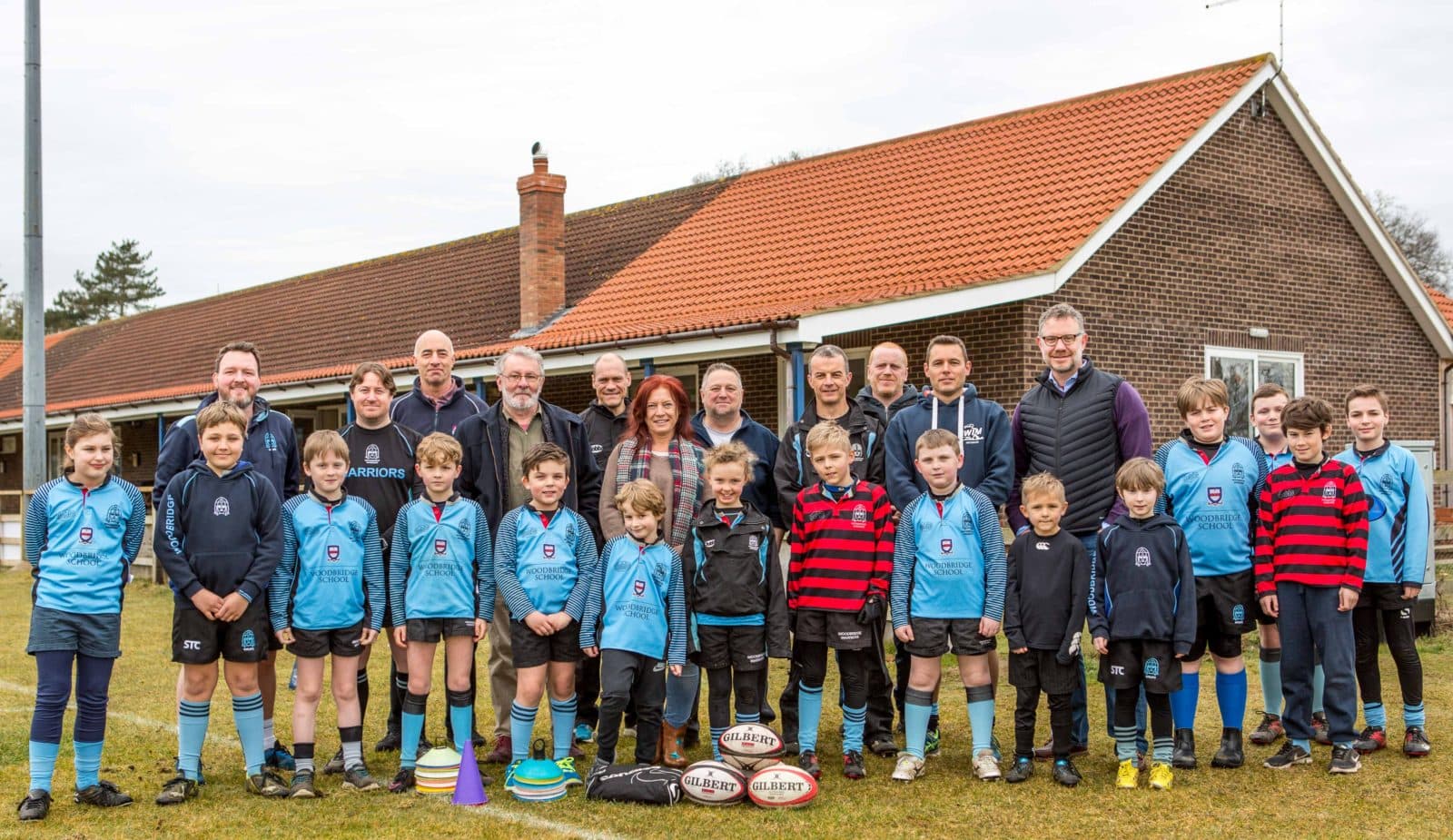 It’s one thing to stand and shout support for your Club but another to actually get a sweat on and raise money for the kids, who are the future of our Club. After their popular trainer, Dan ‘Chunk’ Bond decided to go off and serve  Queen and Country, his hardy team of ‘Fat Boys’ (and girls) decided to keep their kettlebell fitness club going – and voluntarily put in £5 a session towards Club funds. Steve Henry, who still puts in the occasional shove for the Woodbridge Saxons’ scrum, rallied his buddies to raise £500 for the Club’s Junior section which has grown to over 320 boys and girls. The Club organises mini (under 7’s to under 10’s), midi (U11’s to U12‘s) and youth (U13’s to U17‘s) regular training and matches throughout the season. The ‘Fat Boys’ contribution has enabled the Club to buy equipment, pitch markers, cones and balls which will further strengthen training. Steve commented “this Club has given such a lot to me and my colleagues that we thought it was time to step up and put some money somewhere other than over the bar. Every Sunday and during the week, youngsters are learning the joys of rugby and we’re only too delighted to encourage that. The ‘Fat Boys Club’ is not restricted to fat old boys like me, it is open to all Club members of any shape or size, and either sex. We do a short, sharp anaerobic (high intensity) work out in the gym (upstairs in the Clubhouse) with kettlebells twice a week (on Mondays and Thursdays) at 6pm. Come along – shift the fat, get fit & raise money to support Woodbridge Rugby Club.”

Some of the Fat Boys Club members