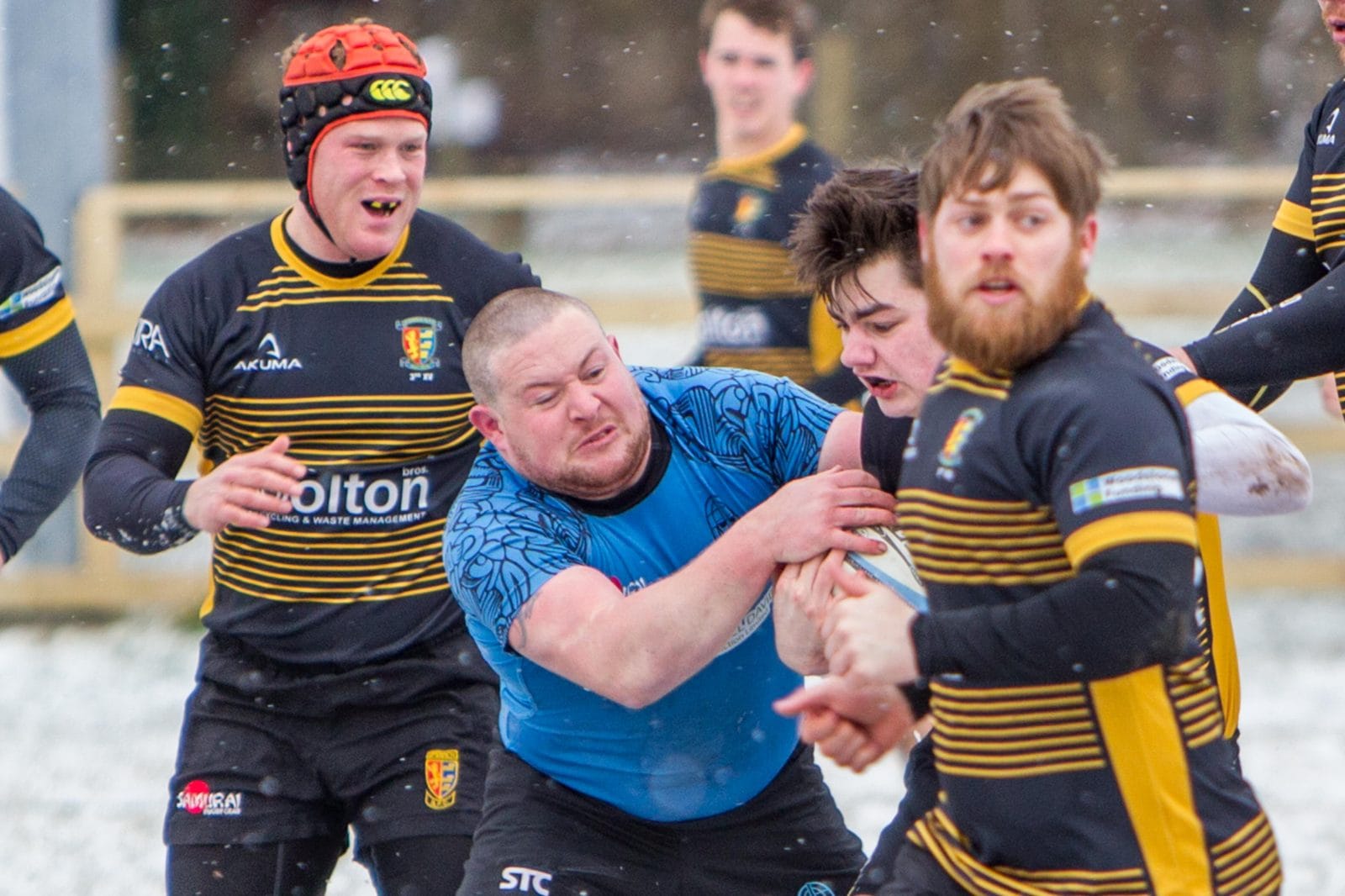 With the lines swept and painted, the nod from the ref, jez leads his Saxons into the frozen wasteland. Ipswich take the kick and soon after are awarded a line out. Ipswich must have had the heaters on the drive down as quick hands sees their wing go over in the corner. Ipswich return the restart kick and a big forward skips through and goes over 12-0!

This awakes the Saxons, Tony Moseley makes a break down the wing until tackled and Ipswich turn over and boot it back into the Saxons half. It’s Matthew North’s turn to make a break up the line and makes a beautiful off load but Ipswich stop the charge. A Woodbridge scrum and Aldis leads the charge from the back and a off load to James dewing who scores. This starts a back and forward game until Ipswich kick through and almost score but the wing knocks on over the line.

The artic wind is playing havoc with the line out but it works in the Saxons favour and Aldis is unstoppable and he breaks free to score 14-12. Just before the half, the human wrecking ball, Tony mo goes it alone and steps the full back to score. 21-12.

Couple of changes at halftime with Chris Voller on and Stephen Sugrue coming off after putting a shift, his legs showing it.

The Saxons come out firing and soon after the half Jamie smith runs around Ipswich to score. 28-12. This isn’t enough for the Saxons and Josh Mr-Morphine Sugrue makes up for being late and goes over but the Ref doesn’t think so and calls him back. This fires him up and he makes sure he gets the ball over the try line taking three Ipswich players with him.

Ten minutes to go and the waterboy steps onto the battlefield in a blue shirt for the first time this season as Ipswich are applying the pressure but the Saxons defence is too strong and get the ball back and kick it down the field, Ipswich kick the ball back and the waterboy clears up and runs it into Ipswich, great work from the forwards and backs sets Aldis free and he breaks to score.40-12. Last play of the game and Ipswich worm through to score. 40-17.

A big victory today. Thank you to the boys that swept the pitch and to Garry Sykes for painting the lines. Massive thank you to the supporters for coming out in -2 weather to cheer on the boys. Thanks to Darren Reg Perry for linesman and scoreboard duties and to Kerri Ehret for first aid duties. 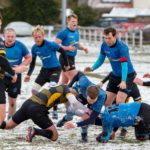 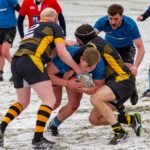 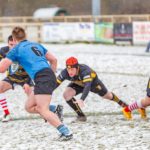 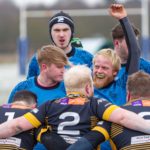 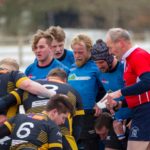 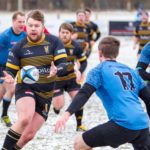 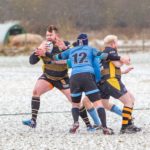 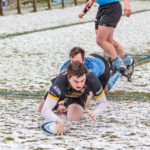 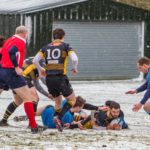 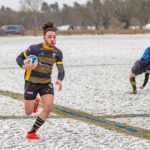 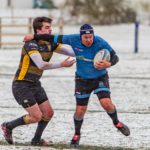 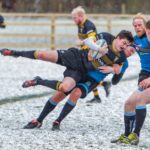 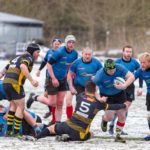 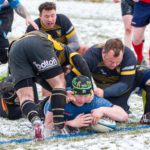 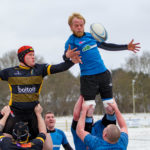 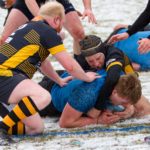 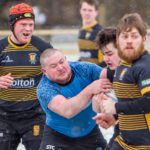 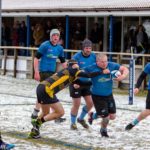 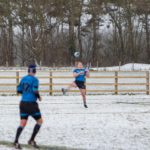 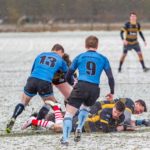