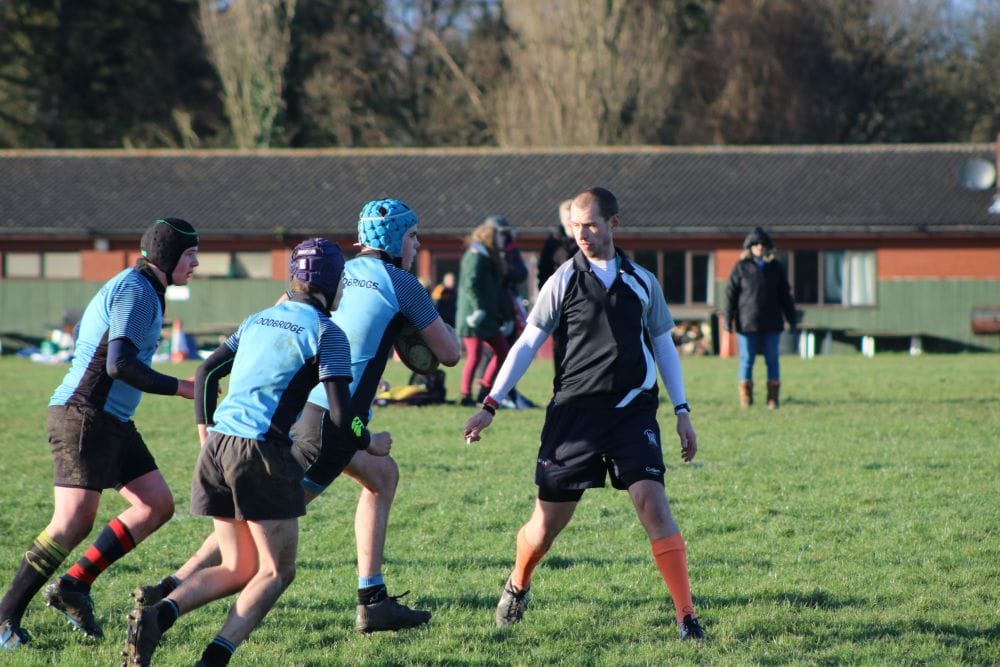 Sunday 17th January saw Woodbridge U16’s travel to Ipswich YM to face the local rivals in the 1st round of the Suffolk Cup. The 12.30pm kick-off allowed time for the pitch to thaw and present perfect conditions for the much anticipated match.

Woodbridge started the game with intent and early pressure saw them encamped in the YM twenty two for the first 20 minutes of the half. YM defended resolutely but Woodbridge continued to pile on the pressure and, following good work by the forwards to turnover a YM scrum, Ives and  Kelleway linked up to allow Kelleway to break the defence line and score between the posts, the hard work was fully rewarded when Maclean slotted the conversion over.

YM put together some quick ball following the restart and for the first time in the match tested Woodbridge’s defence fully. The defence line held out well and Woodbridge continued to frustrate the hosts with dogged work by the forwards and intelligent kicking to clear the lines. A Woodbridge scrum just outside the YM twenty two saw them secure the ball and superb link play moved it out to the wing for Chesterman to score against his former club.

The Host’s came out for the second half fired up and instantly took the game to Woodbridge with strong scrummaging and good work around the loose from both flankers. The pressure deservedly bought its reward in the form of five points from an unconverted try. Both side vigorously fought for every ball in the tightly contested match and Woodbridge were reduced to 14 when the referee adjudged Sykes to have made a high tackle. Sensing victory YM again piled on the pressure and despite some sound defence from the pack managed to score again but failed to convert.

Woodbridge had however weathered the storm and the return of Sykes saw them return to full power and the match turned again. Ives continued to bring players in with fast thinking and a deft sidestep, and on one such escapade manged to grubber kick a YM knock on through the defence line and pick up the difficult ball to score right between the posts which Maclean once again converted.

YM managed to slot a late penalty over with 5 minutes to play but Woodbridge held strong for their second cup win in two years against Ipswich YM. 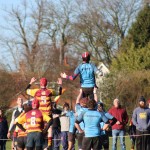 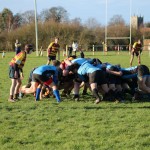 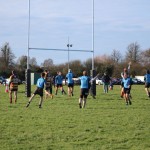 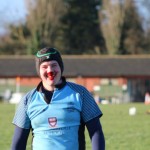 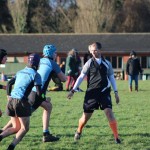 Posted on 18th January 2016 by Simon Ballard — No Comments