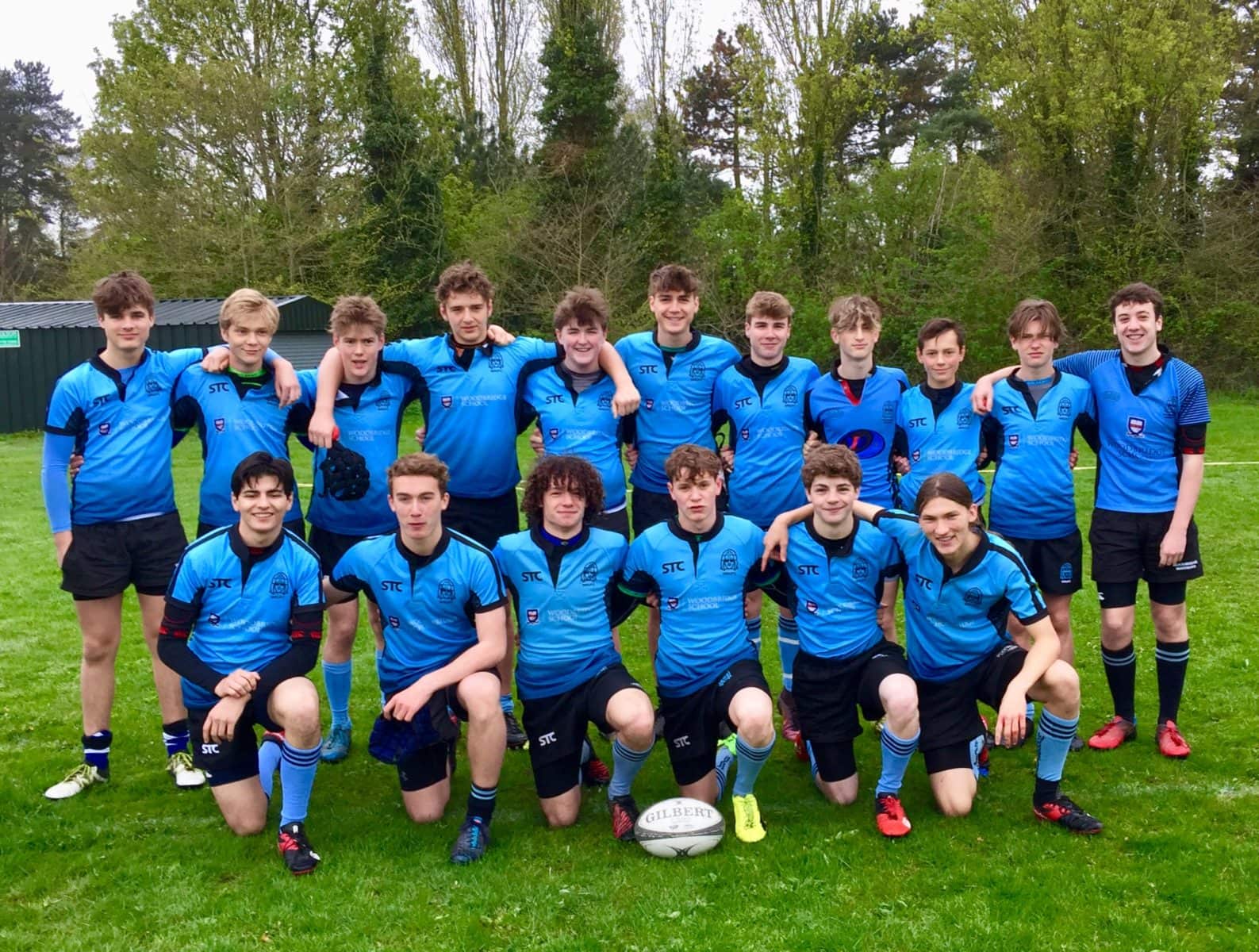 The first half was a close call with Woodbridge leading 8-5 at the break, following a well worked equalising try in the corner for the fit again Archie, and a well taken penalty from captain Austin.

Woodbridge started the 2nd half with their tails up, and it wasn’t long before our game opened up the Norwich defence. A “Nutella” call at the lineout quickly saw the ball spread from right to left, allowing Isaac to turn on the after-burners and open up a 13-5 lead. Woodbridge continued to dominate the early stages of the 2nd half with another converted penalty from our captain extending the lead, before the game was stopped due to an unfortunate injury to one of the Norwich players.

With the score at 16-5, we switched play to the 2nd pitch for the remaining 20 minutes. Norwich moved up a gear and were forcing lots of errors from the Woodbridge players. Our penalty count and ill-discipline was punished by the referee and we were twice reduced to 14 players for the closing period following successive yellow cards. What ensued was a battle of attrition, with Woodbridge holding Norwich to the half-way following wave after wave of attack. Our resolute defence were both jubilant and relieved at the sound of the final whistle.

Woodbridge were without a number of their key players due to DofE and injury, but the 17 available stepped up and gave their all to earn a well-deserved victory. Johnny Max was named man of the match for his tireless running and tackling, but all 17 would have been deserved winners.

We received confirmation overnight that Bertie from Norwich was thankfully discharged with no sign of injury and he left A&E on his own two feet with very relieved parents. A big shout out to Vickie and Richard, our 1st aiders, who tendered to a number of players throughout the match, and who as parents are thrilled to hear of Bertie’s recovery.

As coaches, James Evans-Lombe, Steve James, and myself came together at U9’s level, and we were presented with both the Suffolk plate and the Eastern Counties Shield, the win was a fitting finale and a suitable end to our junior campaign at Woodbridge.