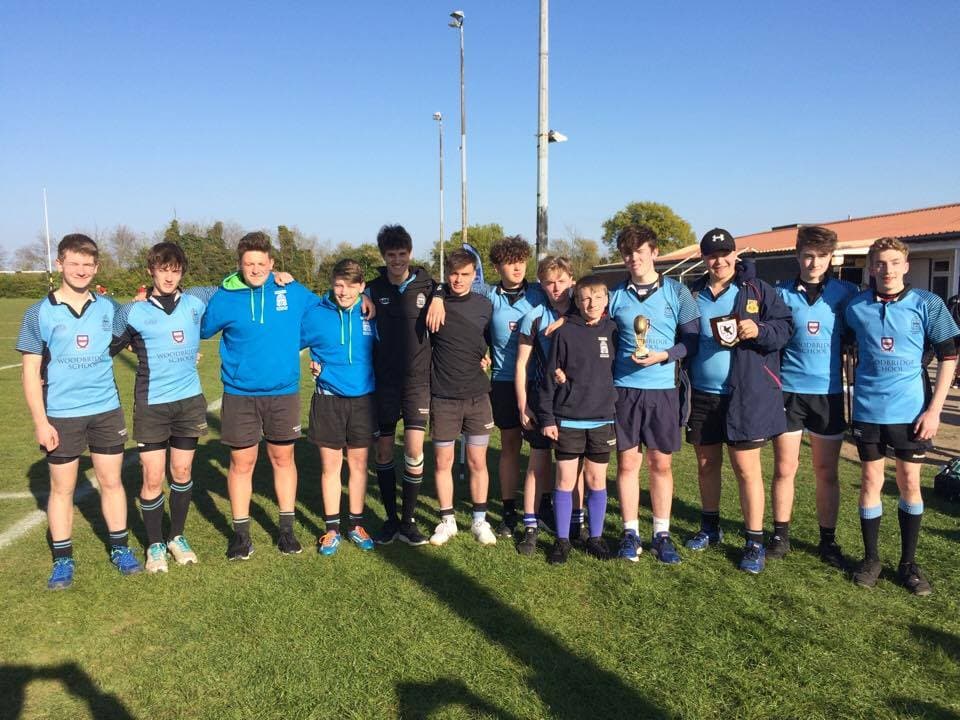 Woodbridge U16s finished another great season with another 7s’ title at Ipswich. The tournament organisers did a great job of reorganising around the late disappearance of two Colchester teams. Which left us with the curious challenge of playing 4 teams, only 2 of whom were in our pool (Southwold and Holt 1s). After a comfortable win against Southwold and a shock defeat against Holt 2s (who turned out to be there A team), the crucial game was against Holt 1s (who if you have followed the thread, turned out to be their Bs). We finally played good 7s rugby to win well. Bury beat Holt 1s convincingly, meaning that we could afford to lose to Bury and still top our pool, which we duly did. Not the most glorious of paths to the final, but we weren’t going to quibble. Although with our parents busy enjoying the sunshine, many of them had no idea which final we were playing in!

Holt 2s had beaten Bury to top their pool, so this time we knew what to expect. Going 14:0 down after a few minutes wasn’t part of the plan. But we had fire in our bellies, with James O and Tom J determined to take the battle to them up front and Alex and Elliot determined to tackle anything that moved in the backs. Pressure and competitive spirit won us possession, direct running and handling found the space – and four Woodbridge tries secured a 22:14 victory. Season ending tournament wins in the Ipswich 7s and Suffolk 15s to add to our Eastern Counties Runners-Up title and last season’s Suffolk Cup title. All go to show how far a squad that never won a minis tournament can come – when it is full of players who want to play for their mates.

Thanks to Julian Hobday for the Report