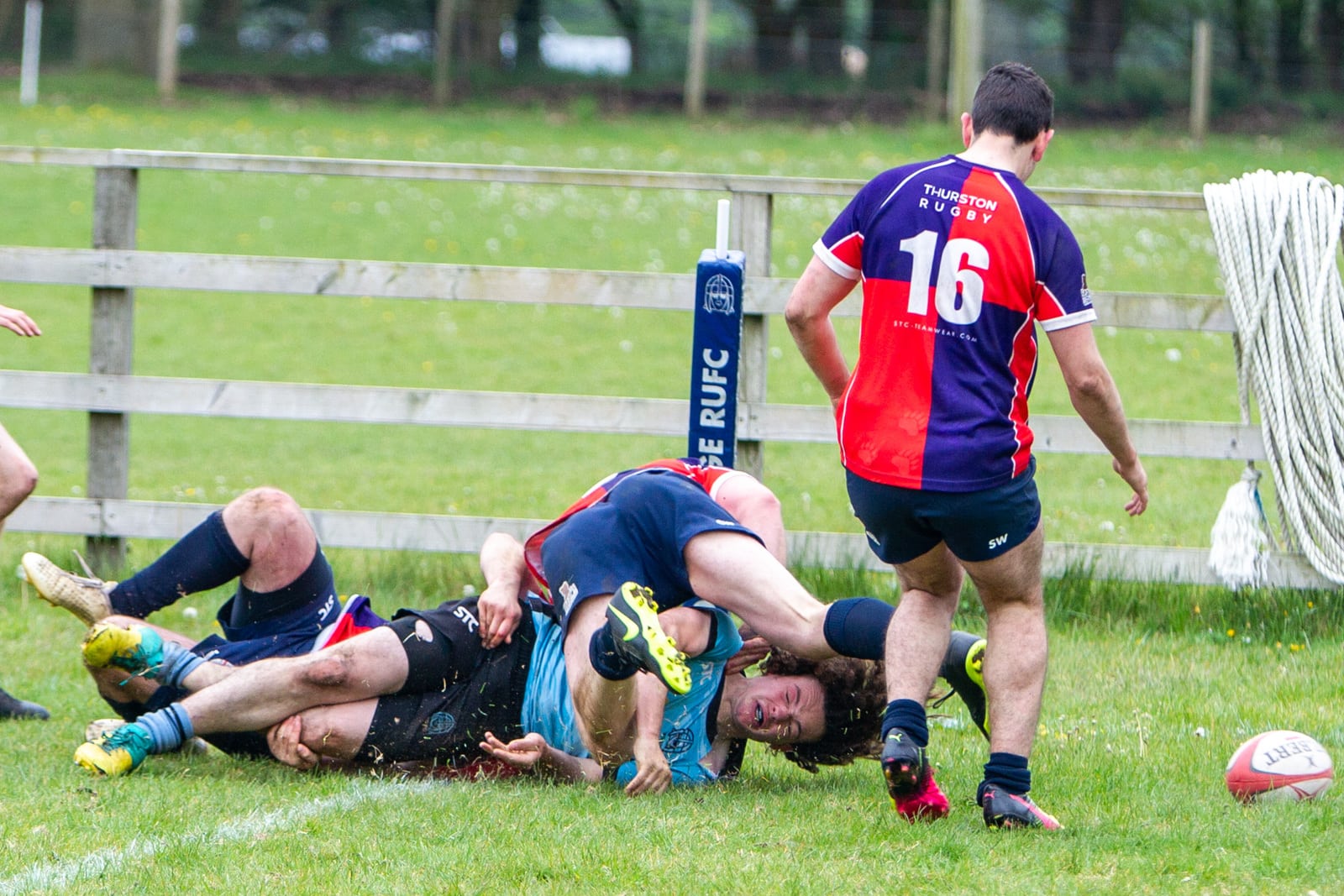 A Suffolk Senior Cup semi-final and welcome return for the Woodbridge Warriors 1XV after covid started with a frenetic five minutes from both sides keen to get stuck in. Play was halted for 10 minutes when Warrior flanker Sam Jackson, clearly in pain, was treated and stretchered off with a suspected damage ligament. Both sides had opportunities between penalties, but defences were strong. Woodbridge eventually broke the impasse with a breakaway try from centre Jack Johnson sprinting 60 metres to score and convert. The Warriors shifted the ball easily No 8 Aldis Salavejs and flanker Steve Sugrue busy with fly half JP Hart directing play. A long kick downfield nearly released wing Isaac Feaveryear who minutes later ran in unopposed on his second attempt from a rapid cross-field move.

The Warriors restarted strongly, Sugrue scoring after five minutes. Thurston weren’t laying down however and threatened the hosts line, nearly scoring. Jack Johnson took three points from an easy penalty but then it was No 8 Max Tully out wide scoring from a charge up field from the Thurston loosehead prop. Johnson exploited another penalty with a long kick to bag another three points before Thurston was at it again. This time it was scrum half George Barker who handed off from broken play to sprint 20 metres and score. The Warriors ended the game with more quick hands to Feaveryear who got his second to make it 32 – 14