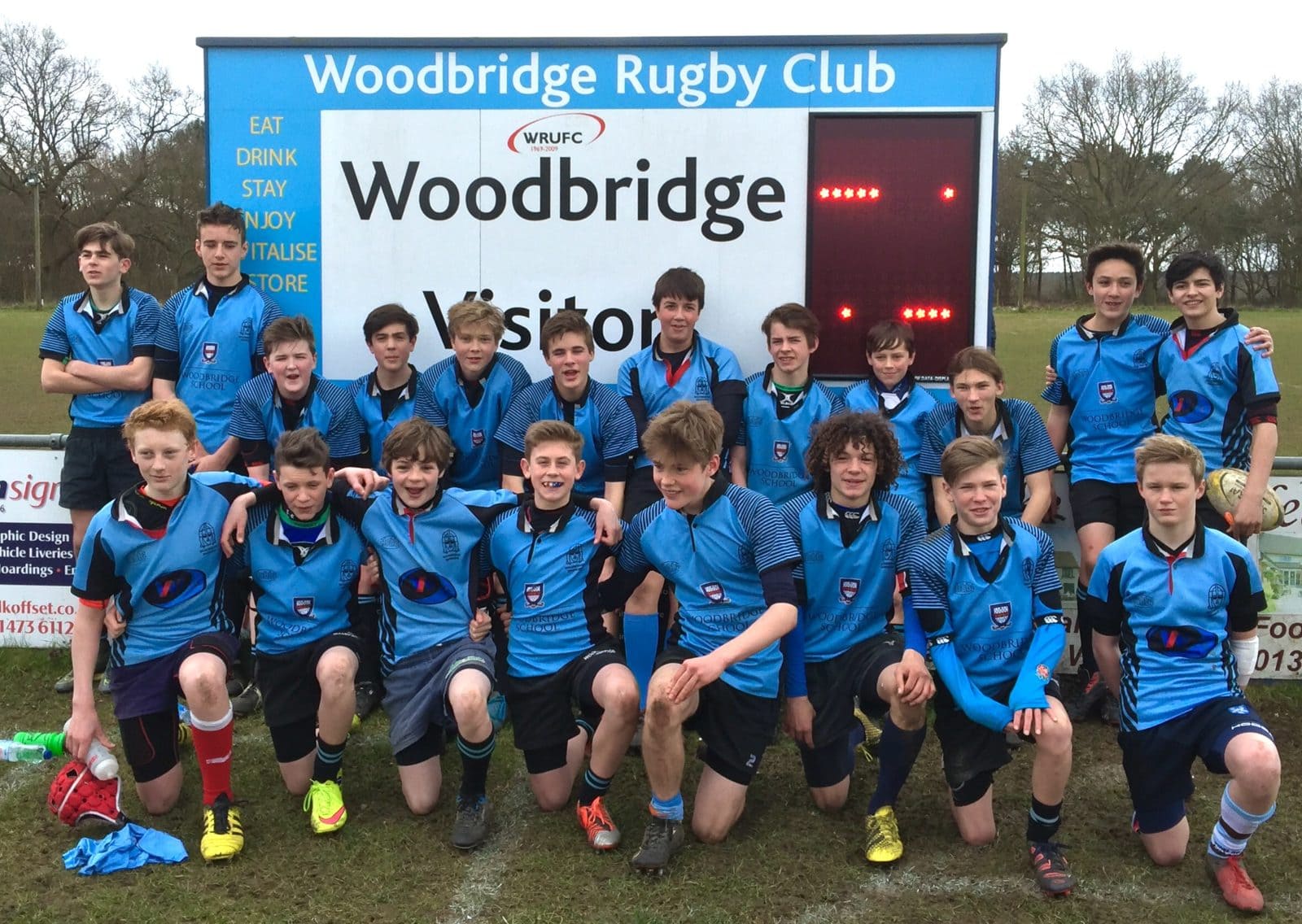 Woodbridge Warriors U15 vs Sudbury/Hadleigh U15
Sun 2 Oct, 2016
Woodbridge won 57 : 26
At Sudbury Rugby Club
A depleted Woodbridge took on a newly combined team from Sudbury and Hadleigh. With just 12 available, Woodbridge started the game well and scored an early try through Max Irwin. “Sud-Leigh” responded well and evened the scoring before Isaac edged Woodbridge ahead with some slick passing across the backs. Injuries to Archie and Isaac opened the game up with our opponents quickly capitalising with two quick tries, and required some stern words from Austin! This did the trick with Max Irwin running in two more tries before the break; one a move straight from Tuesdays training ground, and much applause from the sidelines. Woodbridge led 24:19 at half time. The 2nd half was much more one sided, with the hosts unable to match the Warriors’ dominance. Tries from Austin, captain Daniel, and three from the fearless Max Russell saw the match ending in a 57:26 victory. Well played everyone today – a deserved result A big thank you to our hosts, with Sam and Taylor donning the Warrior shirt filling in for the injured players. We wish the merged team every success for the rest of the season.
Match Report by Jonathan Brooks
DOES ANYONE HAVE ANY PHOTOS OF THIS MATCH?
Posted on 2nd October 2016 by Simon Ballard — No Comments