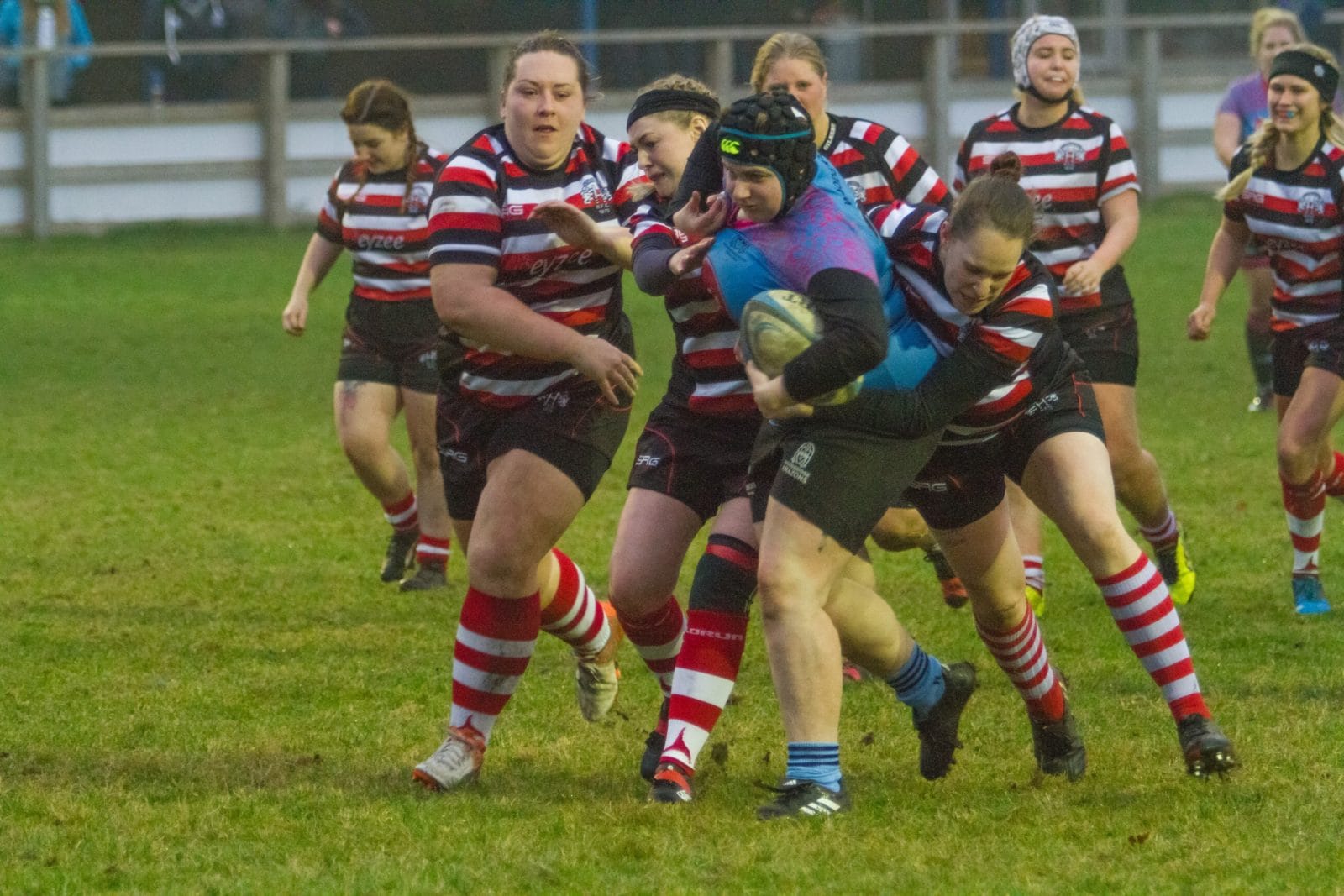 On the 11th of November last year, the Amazons travelled south to Essex side Stanford Le Hope where Cristina Murgatroyds last gasp try tied the match at 22 apiece, before she converted her own score for the narrowest of winning margins.

Needless to say, the reverse rubber at Hatchley Barn on Sunday promised another mouthwatering encounter, and the large crowd witnessed exactly that! A ding dong battle between two very evenly matched outfits resulted in another close fought victory for Woodbridge, this one ending 27-24.

Right from the opening kick-off the scoring resembled a basketball game as try was matched with try, neither side leading by more than a single score at any point. Sophie Davis burst through a gap in the Amazons defence to open the scoring, but that sparked the hosts into life. A strong run from Anna Dewberry set up Captain Claire Brickley for her first of the afternoon and a 5-5 scoreline.

The Suffolk versus Essex battle was pretty fierce, and Google Granger was the first to be nursed off. As the clash continued, the visitors scrum half Kat Richardson was the next to exit, as both sides reshuffled accordingly. Strong play as ever from Carmel Roisin led to a scrum on halfway, and a flowing move resulted in Brickleys second try, which Murgatroyd converted, 12-5.

Stanford hit back when number eight Lily Stribbling barged her way over from close range, then the visitors got their noses in front for the first time when hooker Nicola Meechan capitalised on a penalty for a high tackle. She converted her own try, and the half ended with the Essex side 12-17 in front.

The second half began well for the hosts as they turned around with the ascendancy. Roisin scored after another of her trademark bursts, levelling the scores once more, before an arcing run from Julie Tyler led to a poachers try from the effervescent scrum half Morven McAlpine, and another Amazons lead.

Stanford hit back again, and deservedly regained the lead when Richardson summed up the energy to re-enter the fray, and touch down in the corner. That tied the game at 22 apiece, before Meechan converted – amazingly as regular kicker Laura Smith had left the game injured earlier!

As time ran out, things began to look bleak for the hosts as infringements went the way of the leaders. Defending as though their lives depended on it, wave after wave of attacks were repelled by the Amazons, and when the ball was worked clear, it was Roisin that burst upfield again. Hauled down inside the Stanford 22, quick ball was worked out wide where Brickley sewed things up with her hat trick score – and the sweetest of victories, 27-24.

This game really could have gone either way, and the difference was aided by the performance of several new Amazon players, particularly by Ava Prentice and Ellie Norman, both showing huge improvement since signing on.

Next week the ladies travel to Chelmsford for another cross border scrap, if it’s half as entertaining as this match it’ll be well worth the effort to go and support them! 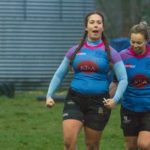 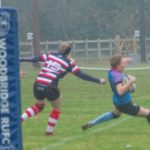 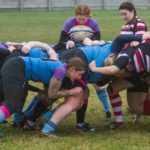 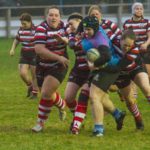 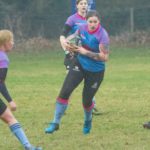 Posted on 7th January 2019 by Simon Ballard — No Comments