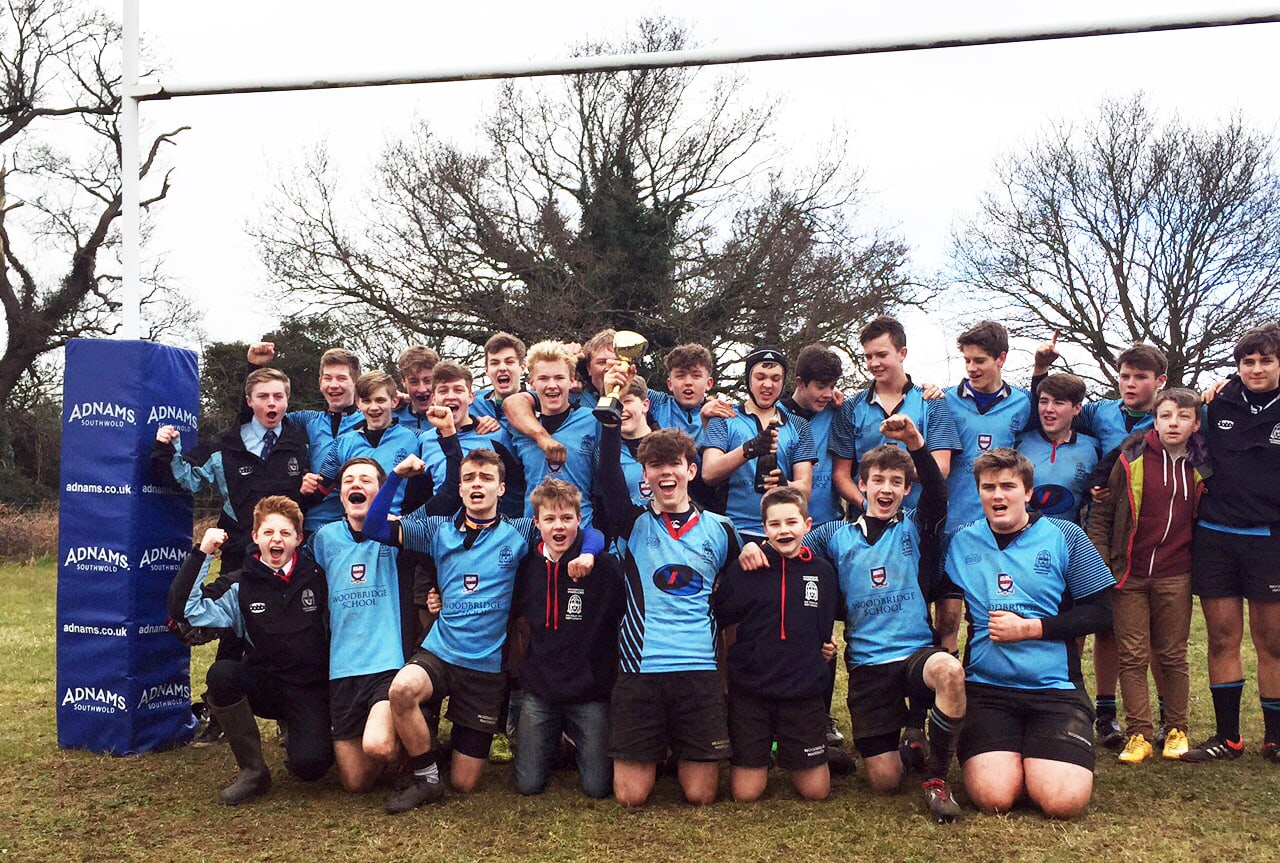 Woodbridge U15s finished our first Eastern Counties finals as proud runners up. Playing our first half hour match against our hosts and defending champions Wymondham, we finished 7:0 down. Our second game was an exhibition of running and handling rugby, with five tries from our backs sealing a convincing 25:5 win over Peterborough

In the decisive first game, Woodbridge had the better of the first half, which ended with no score after we dropped the ball over their try line. Our big forwards required Wymondham to defend the fringes superbly. While our backs tackled fearlessly out wide, when clustering around the breakdown had gifted Wymondham with overlaps.

Wymondham finally broke the deadlock thanks to an impressive counterattacking try from their two strongest players, a very agile fly-half and a massive but mobile number 8. Woodbridge responded with great character, working their way up the pitch with determination and gritty ball-retention. Twice the footwork and handling of our backs broke the Wymondham line, only to be thwarted by a committed cover-tackle and a ball dropped under pressure. So in the end it wasn’t to be and Wymondham ran out worthy winners and Eastern Counties champions for the third successive year.

The generosity with which they congratulated our players was a reflection of the quality of the game and a recognition that this was their toughest challenge to date. While the considerable achievements of our U15 players is a measure of their team spirit, with no fewer than 27 of them playing in this year’s cup run. Big hearts that have put them firmly on the regional rugby map!