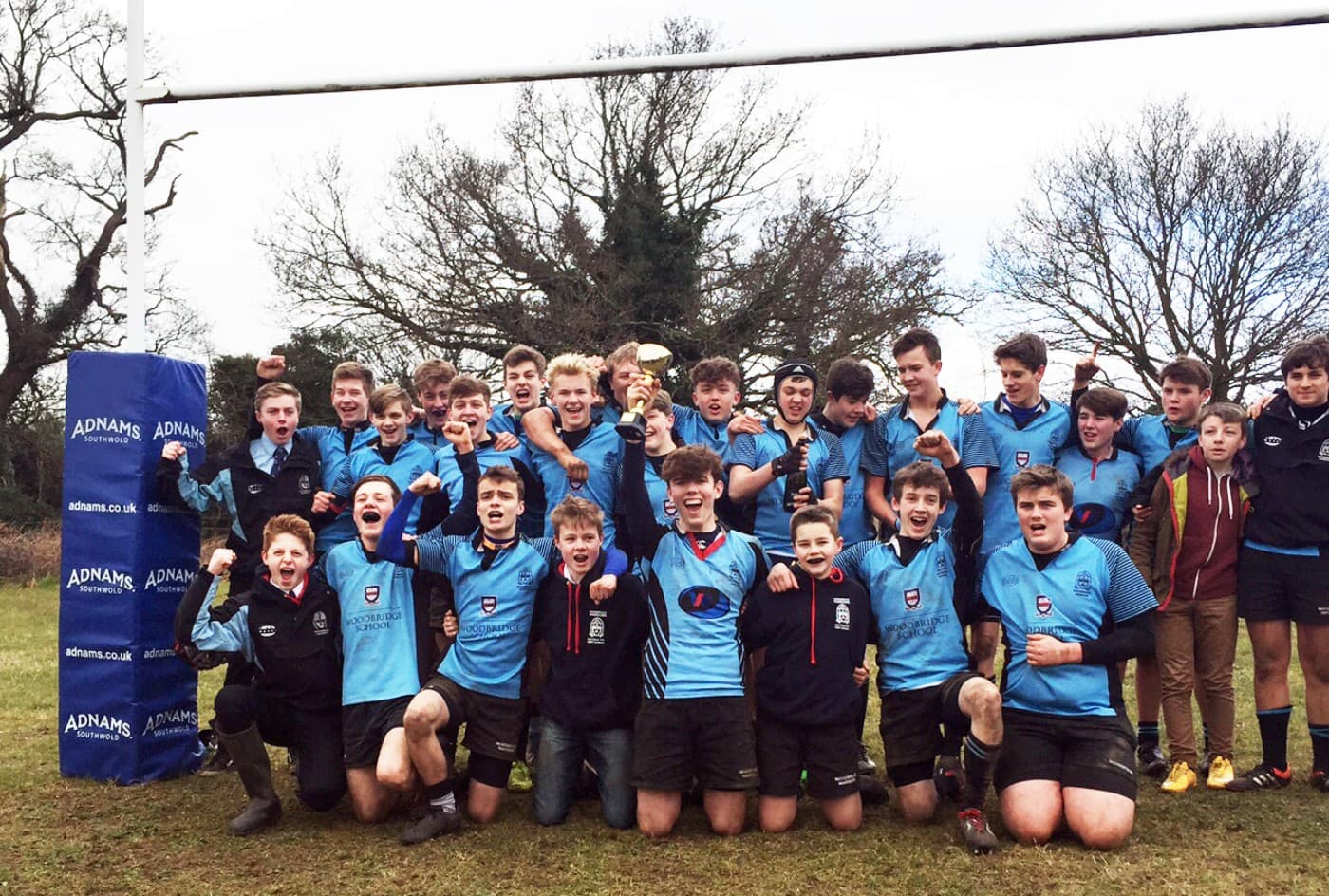 Match Report by Tim Owens
This was Woodbridge’s first game against Colchester since our loss in the Final last season. Going into this game we were unbeaten in away games to Sudbury and Bury St Edmunds. Likewise Colchester were unbeaten in their two home games – and with much bigger points differences. So, in reality I gave the boys the truth – the odds were stacked 55/45 in Colchester’s favour.

We agreed a game plan and spent the last few weeks honing it, and it worked! From the kick off we used our dominant forwards to control the ball and make metres down the park, this resulted in 3 penalties all in kickable range for Elliot – 9 points, and at half time we led by 6. Another successful kick shortly after second half kick off got us another 3 ahead before Colchester retaliated and after massive pressure close to our try line the referee awarded them a penalty try which was converted too – awesome kick by Colchester!

Then even more pressure led to more Woodbridge infringements and another 3 points were added to the Colchester tally. At this point Colchester were in control and ahead on points (just 1!) and only exceptionally brave tackling and jackling prevented them from adding more points. But it was looking like we could only defend and had no plan of attack until Marcus caught a long kick and ran back at Colchester, cutting through them for 30 metres and offloading to James Owens who ran another 10 metres up to their 5 metre line. This is where we needed to be and our big brave forwards earned

every penny of their pay with pod after pod until Curtis smashed his way over for 5 points. And kick of the game to Elliott for his conversion.

Ahead by 6 points and with just 2 minutes to go, the Woodbridge supporters got behind their boys and cheered them on, but Colchester weren’t done by a long shot and in the final 2 minutes they rallied hard, but thankfully they wasted overlap after overlap although they continued to recycle the ball and attack through their brilliant centres, leading to crossing the line in the dying seconds of last play…………………

The Referee was right there and after a 360 degree look around at the bodies on the ground – declared the ball held up and Woodbridge the winners.

Posted on 6th March 2016 by Simon Ballard — No Comments