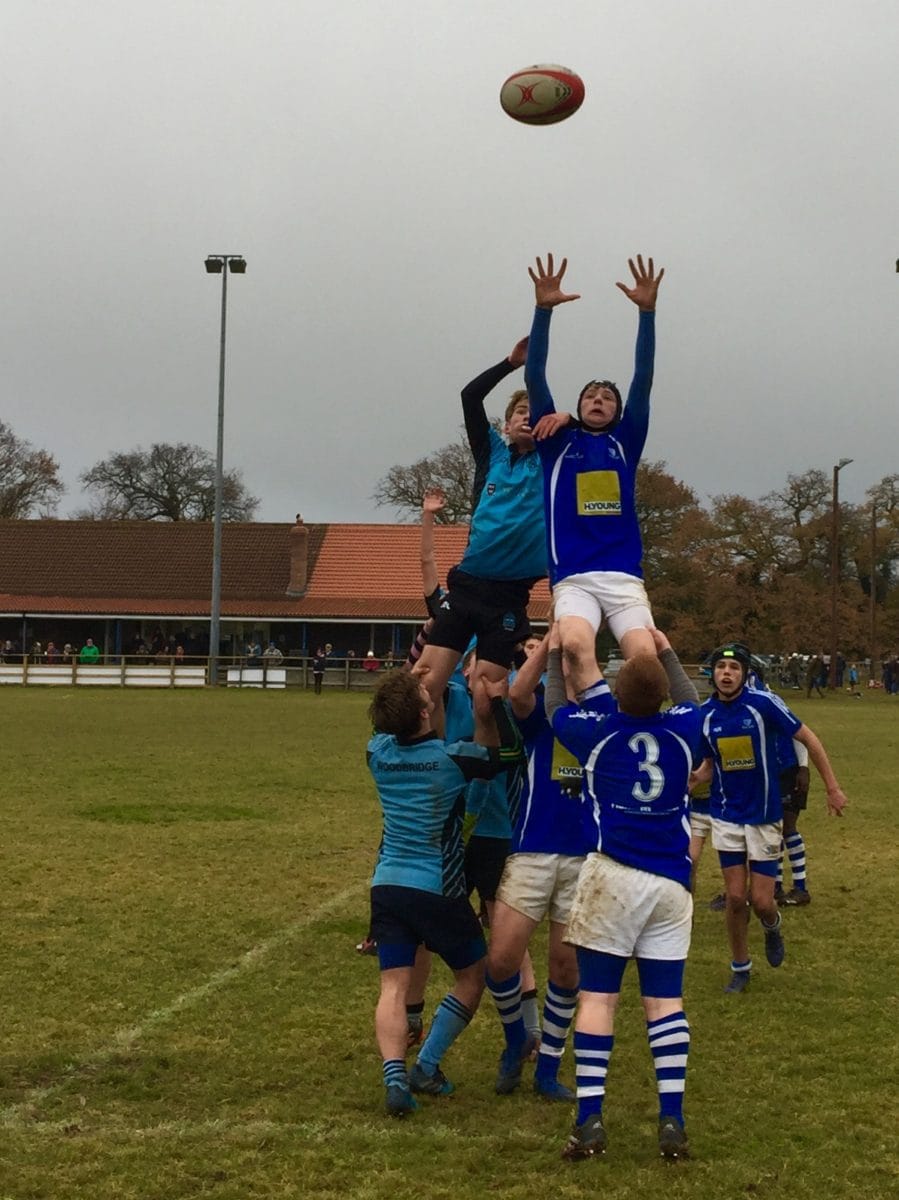 An entertaining game at home to Diss, and certainly a game of 2 halves.

Woodbridge were dominant for much of the 1st half with 2 tries straight off the training ground.  The 1st came from a scrum just outside the 22, a clever diagonal run from Isaac across the back of the pack unleashed Leo to sidestep the last man and score in the corner.

The second came soon after.  Another scrum, a bullet pass from Ash to Austin, quick hands along the line, and again it was Leo down the wing to make if 10 – 0

Some tough words from the Diss Coach had his boys raise their game, and after some lengthy possession amongst the Diss forwards  they were able to score in the corner with the 1/2 finishing 10-5 to Woodbridge

Diss came out the blocks much stronger than Woodbridge, and enjoyed a lot of early possession.  Silly mistakes were starting to creep in and a couple of cheap penalties saw Diss gain some good territory.  After continual pressure, Diss were rewarded with an equalising try and the 1st conversion.  With Woodbridge heads dropping, 2 more tries quickly followed making it 26-10

Woodbridge appeared to wake up again and started to get their running game working again.  Woodbridge came close in the corner before the game was marred following a nasty injury.  It was great to see Archie waving his hands as he was applauded off the pitch and we wish him a speedy recovery.  With limited time left, the game was stopped with match at 26-10 to Diss.  Many thanks to the medics, Jerry, Richard and Vicky for their support and immediate response.  And also the Diss players and officials for their help and understanding.

Next up is Hadleigh in the Suffolk Plate.  A big crowd is expected at Hatchley Barn next Sunday in a winner takes all match and a chance to progress into the Suffolk cup.

Posted on 3rd December 2017 by Simon Ballard — No Comments