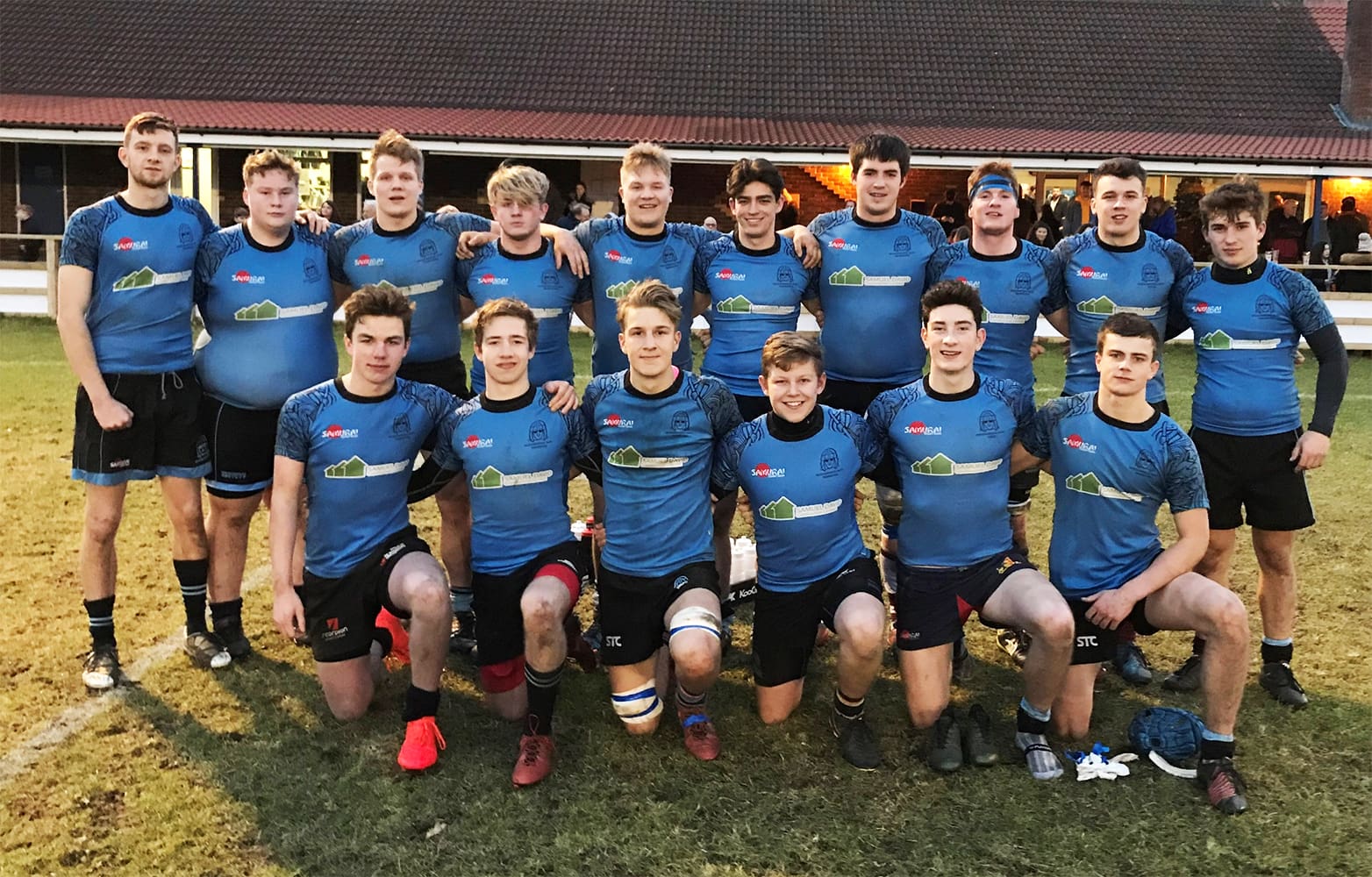 A youthful Woodbridge team, comprised mainly of Colts and U19’s, gave their older rivals a fright before finally succumbing in what was the last play of the day, 24-19. Two early penalties from Jack Johnson had set the tone; the Woodbridge lads were looking for a scalp against a free scoring Southwold backline that had battered Ipswich 79-0 earlier in the week. The Wold backline looked dangerous with the ball in hand, particularly in running from deep and returning kicks, but one v one tackles being made, notably by Harrington, Ives and Wright, and some committed scramble defence, kept Southwold at bay until the last play of the half when Wold scored under the posts. 6-7

Johnson kicked a further penalty as the game opened up, with the increased tempo seemingly favouring a now fired up home XV.  The teams exchanged tries with Aldis Salavejs scoring in the left hand corner after a searing break, and George Pryke repeating the trick in the same corner minutes later, benefitting from a deft offload from Dafydd Harston to apply a horizontal finish. 19-12

With an unlikely win in sight, Southwold upped the ante and drew level when Woodbridge failed to clear their lines.19-19.

A draw would perhaps have been a fair result, (particularly welcome a in the Carlstroem household!) but the visitors were not to be denied, and scored on the whistle to retain the bragging rights in what has been a welcome addition to the Christmas Fixture list.

Posted on 2nd January 2018 by Simon Ballard — No Comments