The Warriors started hesitantly against a larger Newmarket side remembering a 41-15 away drubbing last time they met. Newmarket forwards Philip McBride behind Capt Matthew Kent were joined by wing Tom Peacock in challenging the Warrior 22. The defence held however and a knock on gave JP Hart the opportunity to clear and signal the home strategy. Newmarket challenged again with a maul which won them a penalty for fly half Joe Stafford to take 3 points.

The game then developed as a struggle between the forwards to get clean ball. Newmarket were by far the better at stealing in the ruck, turning over several to frustrate the Warriors who were keen to move the ball wide or boot it long into the corner. Once or twice Woodbridge wingers Taff Lloyd and Ian Davidson got a sniff but Newmarket was quick to cover and stifle the attack. Newmarket’s line-out was looking sound as was their scrum where they pushed Woodbridge back repeatedly but Jono Cooke at 8 picked quickly and harassed at the maul to make it difficult for the visitors to make solid territory. When they did get into the home half a rare turnover for the Warriors saw the ball fed quickly to the rapacious Davidson who streaked down the right wing for a cheeky score.

Newmarket redoubled its efforts through flankers Matthew Dyer and Aiden Cooper who rallied their forwards with some great picking and driving to get field position aided by some Woodbridge fumbles and penalties in the mauls. A line-out in the Warrior 22 saw some crunching runs from Newmarket’s forwards, Tom Peacock first then tall figure of centre Pat Kearney finally crashed through defending Simon Codd, Tim Johnson and Dan Bond to put them ahead at the break after defending an enthusiastic Woodbridge attack up to the whistle.

The Warrior forwards started the second session with an attack of their own with Jono Cooke, Bond and Herb Parsley battering the left wing and very nearly getting there. Newmarket stole possession again and countered until an uncharacteristic poor pass from scrum half Raymond Richardson was knocked on returning the ball to Hart who kicked for Davidson to chase which he very nearly caught. Woodbridge stayed in the Newmarket end forcing Stafford to clear twice but keeping the ball, Hart distributing left and right, Capt Tom Stokes making the hard yards before Hart put in an inspired, jinking 45m run to score under the posts.

The balance swung back to Newmarket immediately, pinning Woodbridge in the right hand corner and driving from the line-out where they repeated the battering ram tactic of the first half until substitute Mark Cooper punched through to narrow the gap to one point with a quarter to go.

The excited, noisy crowd became louder as the Warriors mounted an assault on Newmarket’s 22 forcing more robust defence and clearance kicks. Woodbridge was relentless however and despite some dodgy set pieces kept the initiative despite missing a penalty goal attempt. Newmarket, down to 14 men, tried to use penalties to ratchet down the touch line but a missed touch gave Woodbridge a mid-field scrum from which Jono Cooke set up Neil Scopes to run wide on the left and score to make it five from five for the Warriors this season.  No match next weekend then unbeaten League leaders; Thetford away. 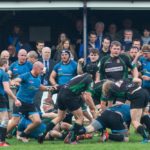 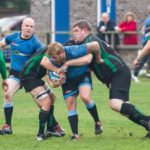 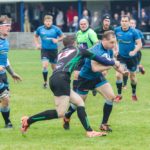 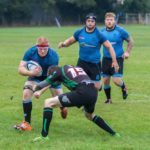 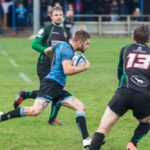 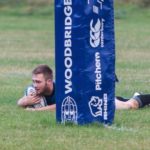 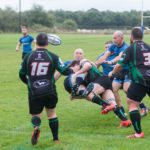 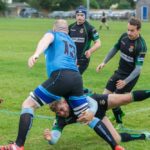 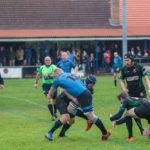 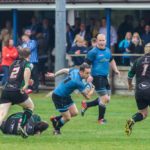 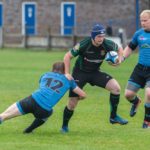 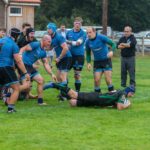 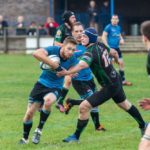 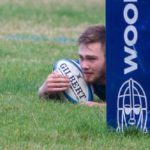 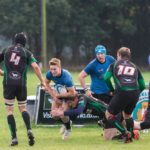 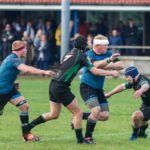 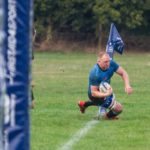 Posted on 9th October 2016 by Simon Ballard — No Comments