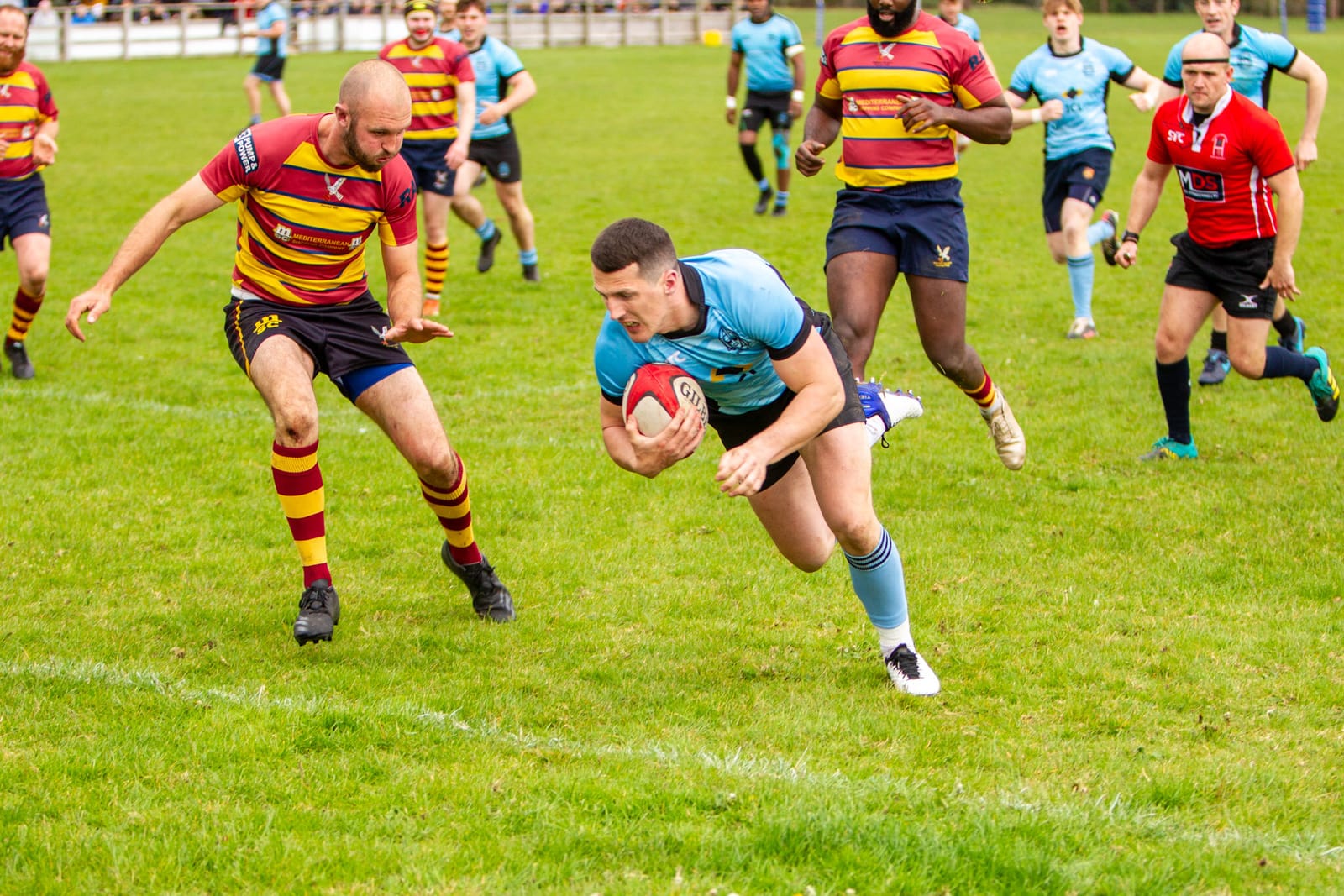 A large, Covid-safe, crowd had a great spectacle in this exciting local Derby. Woodbridge showed early promise with Fly half JP Hart kicking exceptionally, forcing YM back into its 22 but the Warriors lineout was poor and YM capitalised. In open play YM dominated, often stealing at the rucks, but penalties came thick and fast, both teams making errors. YM lost a player to the bin which let Hart punt another massive touch-finder only to be let down by the line out twice. YM rallied, scrum half Toby Ruffles organising his backs to counter through centres Tommy Hale and Nicky Van Der Linde to wing Chris Kolapo. Woodbridge responded, lock Steve Sugrue bashing up field and out to wing Isaac Feaveryear on one attack. Ipswich was having nothing of it and fought back with a penalty 3 points from Fly Half Barney Horsfield. After a dodgy restart Feaveryear had another dart but a Warrior yellow card allowed YM to take another 3 points. YM continued to pressure through Kolapo and up into the Warrior 22 where Van Der Linde scored. The Warriors had a great attempt with a run from winger Joel Keenan but at half time it was 0-13.

Woodbridge restarted on fire. The Johnson brothers: Jack centre field and Ben on the wing, had an immediate effect helping capitalise on an Ipswich penalty to assist centre Matt Mellish over to score on 3 minutes. A dazed YM lost possession for Jack Johnson to score minutes later which put the Warriors ahead 14-13. With tails up Woodbridge attacked again, kicked the ball dead were penalised for offside and executed a couple of dreadful lineouts. The penalties continued before Kolapo received wide and battered over to score just inside the flag. Woodbridge were forced onto the back foot again, putting in the tackles across the field but Van Der Linde broke through for his second try. With ten minutes Woodbridge were up against it again but built an attack from their own 22 – centre Isaac Tunikula ran from deep, a long kick and Ben Johnson chased to score. YM quickly took 3 points back through Horsfield but Woodbridge pushed the Replay button and Jack Johnson ran downfield backed up by Luke Whattam, Hart, and wing Joel Keenan. Tunikula nearly crossed the line before Jack Johnson kicked wide to brother Ben who twisted out of a tackle and scored. Game on, the noisy crowd clearly enjoying the derby. Big tackles were made to hold the score to a draw at full time (after some deliberation by the officials). Rules said extra time of 10 minutes each way – sudden death. Woodbridge had the first chance with a penalty within kicking distance. The normally reliable boot of Jack Johnson, 100% all match, let him down and Ipswich’s Horsfield, also sound all match, took the next penalty and won the day 28-31. What a fabulous match. A great spectacle and some relief for a rugby-starved crowd who had more than their money’s worth. 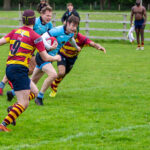 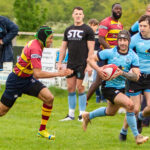 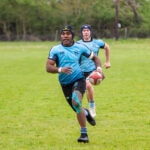 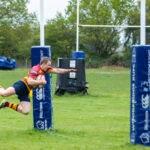 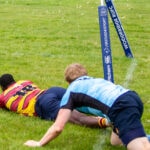 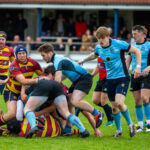 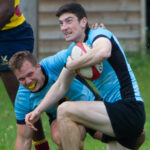 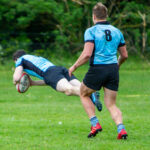 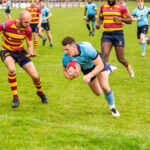 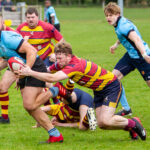 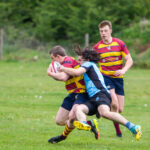 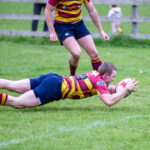