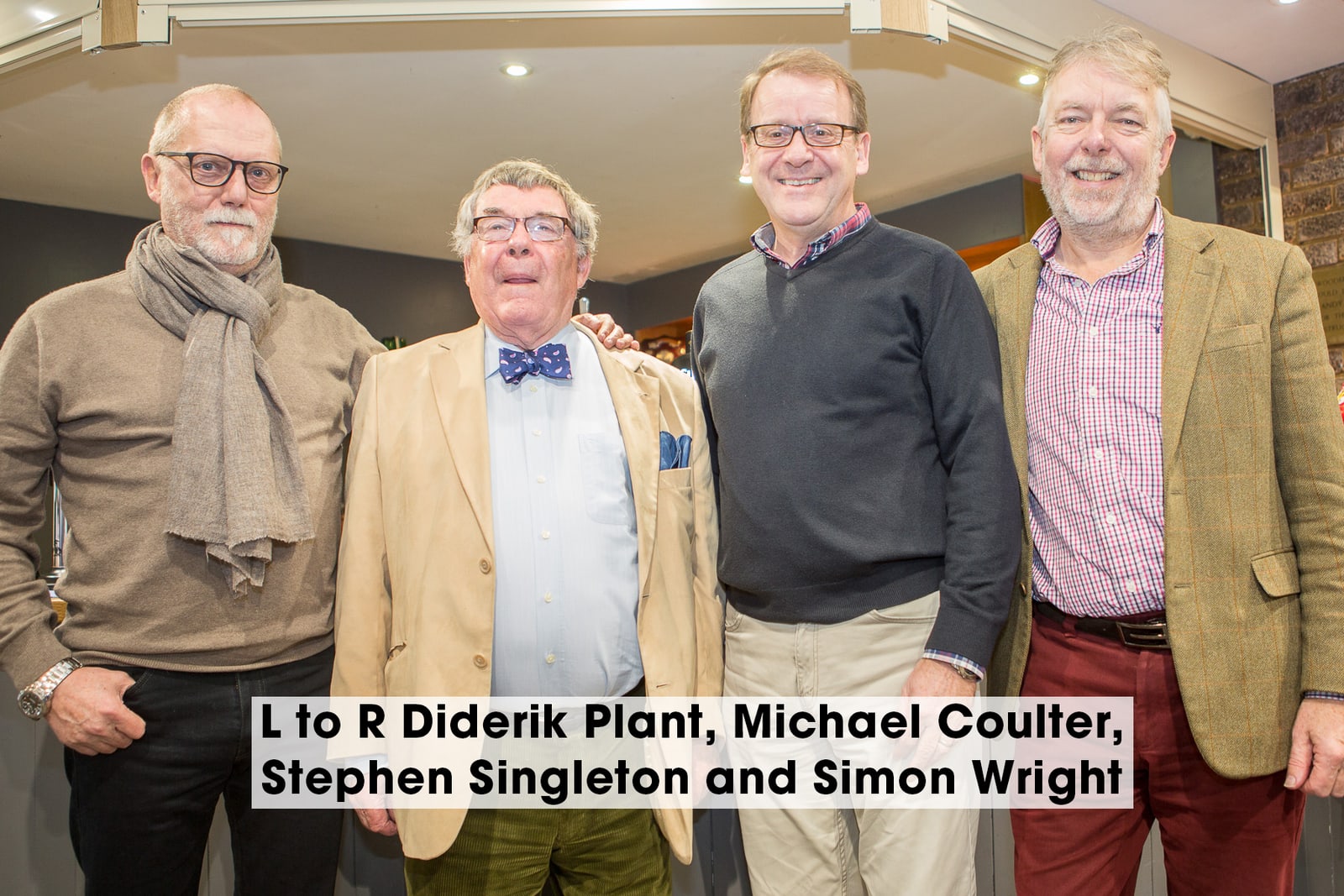 Every December a group of Woolverstone Hall School friends get together for a reunion over an extended lunch in memory of the late Keith Venn who was a Vice President of Woodbridge Rugby Club (RFC). Amongst the group are three close friends, Diderik Plant, Stephen Singleton and Simon Wright all of whom attended Woolverstone Hall School in the 1970’s. For the first time in several years one of their teachers, local artist Michael Coulter, met up with all three school friends recently on Saturday 17 December.

The group, pictured at Woodbridge RFC, enjoyed a drink, watched a great game of rugby (35-0 win over Beccles) and chatted over old times. Michael Coulter, who also coached the boys to play Rugby, is an Ipswich YM Rugby Club member and was attending as a guest of Woodbridge RFC member Bob Double.

Woolverstone Hall School closed in 1990 and the site was sold to the Girls’ Day School Trust and is now the home of Ipswich High School.

Posted on 20th December 2016 by Simon Ballard — No Comments