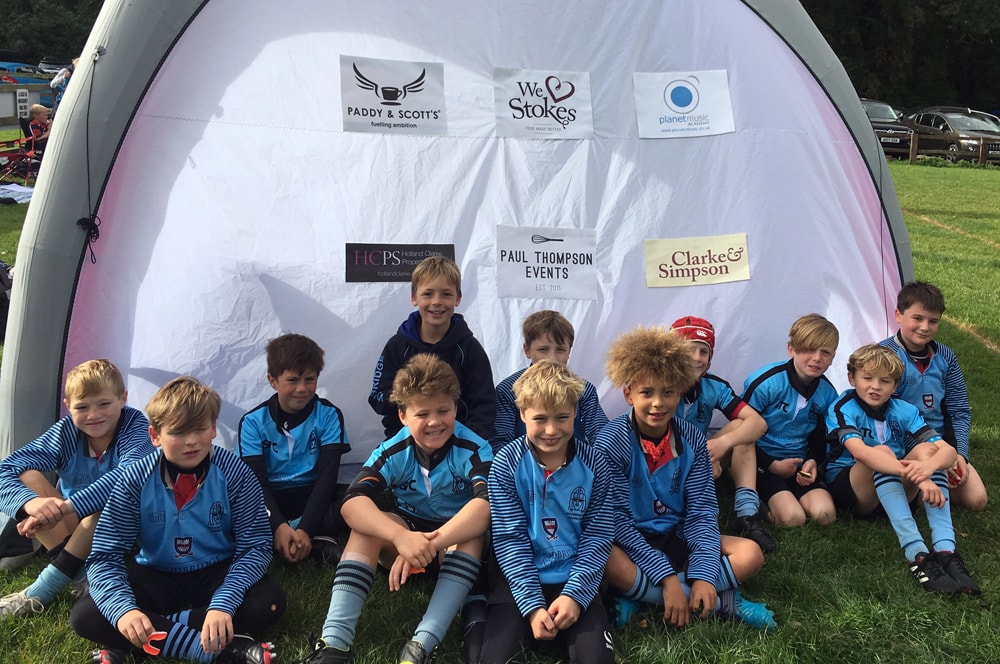 Our U10s had a successful day at the Prima Tiger Cup Festival at Diss RFC. Coach Steve Wilding reports “Woodbridge U10s played their socks off against some big teams from Norfolk and Suffolk and deservedly won a place in the Prima Cup at Welford Road. Massive congratulations to the whole squad, they have done the Club proud! “

First introduced in 1993/94, the Prima Tiger Cup has evolved into one of the UK’s biggest single age group youth rugby events for local rugby clubs up and down the country.

Each season, Leicester Tigers invites under-10 mini rugby teams to take part in a series of festivals across the country, resulting in the opportunity to play on the famous Welford Road pitch the home of Leicester Tigers.

The first Prima Tiger Cup involved eight rugby clubs from Leicestershire. This year’s festivals will involve more than 70 clubs and continues to be as popular as ever.

Posted on 4th October 2018 by Simon Ballard — No Comments