Wymondham started shakily, conceding a few penalties early on but found their feet quickly with a match-defining shove at the scrum and quick ball out from No 8 Armes, a strong run from Andy Mackay to scrum half Auden Airdrie who scored. Moments later Wymondham repeated the move but full back Pape was stopped by JP Hart. The following scrum saw more pressure on the visitors, No 8 Jono Cooke struggling to keep the ball at the back and, despite holding a line out, winning a penalty and a good clearance from Hart possession passed the home team and hooker C Airdrie bought play back to the Woodbridge 5m line where a poor scrum saw scrum half Airdrie pick up an easy ball and score again.

Wymondham continued to give away penalties and Woodbridge missed a try at goal as play stayed central for a while the home team putting in a couple of good mauls and exploiting their opponents patchy line out. Woodbridge were also frequently pushed off their ball at the scrum and fly half Duffin and centre Tom Midgley barrelled down the middle of the pitch pressurising Adam Plummer and Hart even when they did get clean ball. Midgley also kept the kicking pressure on full back Christian Hoolihan and wing Luke Jacques resulting in play staying in the visitors 22 from which a simple move from the back of the scrum saw Andy Mackay score. Woodbridge gained some attacking territory from Hart’s kicking and Wymondham being reduced to 14 men but failed to score and Mackay’s counter kicks pushed the Warriors back into their 22 before dominating a scrum against the head from which Mackay scored his second.

Woodbridge Captain Tom Stokes started the second half with a strong run, Jono Cooke, Tim Johnson and Olly Gray also joining the attack but the home defence was strong, stripping Amit Sinha and kicking over. Another couple of mauls forced some excellent counter shoves from Tony Gibson and the Warrior front row but eventually the Wymondham scrum gained 15 metres and Andy Mackay scored his hat trick. Hart continued the aerial bombardment forcing the hosts back but the follow up chase wasn’t always great and play stayed central until a period of Wymondham penalties and some good runs from wingers Jack Johnson and Luke Jacques lifted the visitors and centre Sam Hallows opened the scoring for Woodbridge. Rejuvenated by this Johnson grubbed through and the Warriors kept the pressure on, holding a couple of set pieces and keeping the ball moving quickly for Sam Hallows to score his second.

Within moments Wymondham Tom Midgley finished a well-worked move from the restart to re-emphasise the home team advantage on the final whistle. 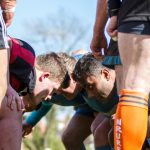 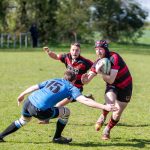 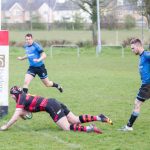 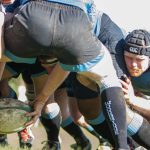 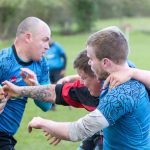 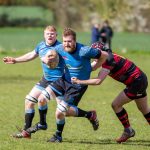 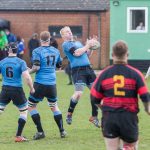 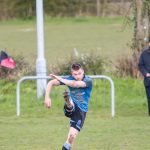 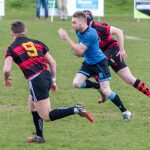 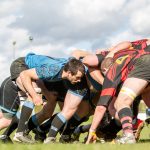 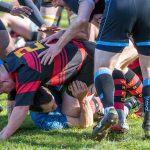 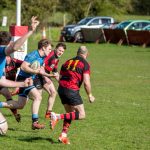 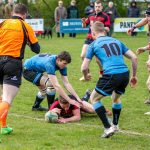 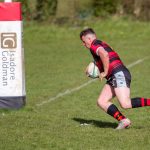 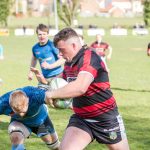 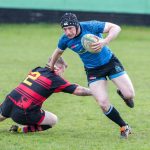 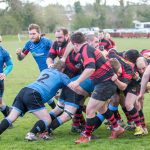