The Amazons travelled north across the border to Wymondham in great spirit on Sunday. Buoyed by a super performance in last week’s win over Chelmsford, the Suffolk side were determined to get closer than the 12-36 loss to the league leaders just a few weeks ago.

And despite battling throughout, again ramping things up in the latter stages, the Wasps showed their vastly more experienced squad are currently a cut above the rebuilding Amazons.

It was a highly entertaining contest from start to finish, the game ebbing and flowing constantly. The difference was in the finishing however, as the hosts capitalised on the pressure they created, while the travellers seemed to come up short when it mattered.

Libby Lockwood, always the talisman for the Norfolk side, back at her favoured number 8 role, opened the scoring. She very nearly followed that opening try with another as she burst through a gap and ran 50 metres, but Beth Clapson at fullback wrestled her down just shy of scoring.

Charges from Melo Roisin, plus some nice running lines from Ash Hendrie showed determination and promise for Woodbridge, but it was Lockwood that scored again. Nicola Kaciubskj converted for a 0-12 scoreline.

Further tries from winger Harriett Rose and stand-off Kelsey Harpman before halftime padded the Wasps lead to 24 unanswered points, but the commanding score line failed to reflect the matches competitiveness.

The Amazons coaches stressed to the side they were giving their hosts far too much respect, and last week’s aggressive defending had been softened and replaced with a certain trepidation.

So, once again, the Amazons played their best rugby in the second half, more than matching the high flying Wasps.

Pressure into the hosts 22 saw Anna Dewberry go close, and after a series of penalties against Wymondham, scrum half Morven McAlpine dived through a gap from close range for a well-deserved try.

That score boosted Woodbridge and they drove forward. Excellent scrummaging, and neat handling kept the pressure on, but all too often phases ended with a knock on or turnover at the breakdown.

One such turnover ended with Rose scoring her brace out wide, and just as it looked as though time would expire with a morale boosting 5-5 second half, Lockwood secured her hat trick right at the death.

The final score of 5-34 was harsh on the Amazons, but this year’s new crop of talented beginners will learn from defeats like this and be all the better for it. 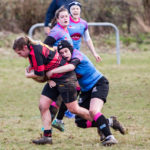 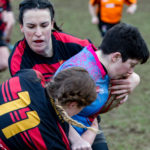 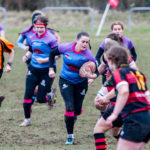 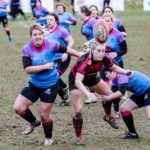 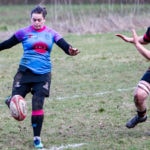 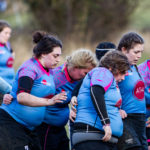 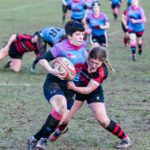 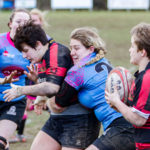 Posted on 19th February 2017 by Simon Ballard — No Comments