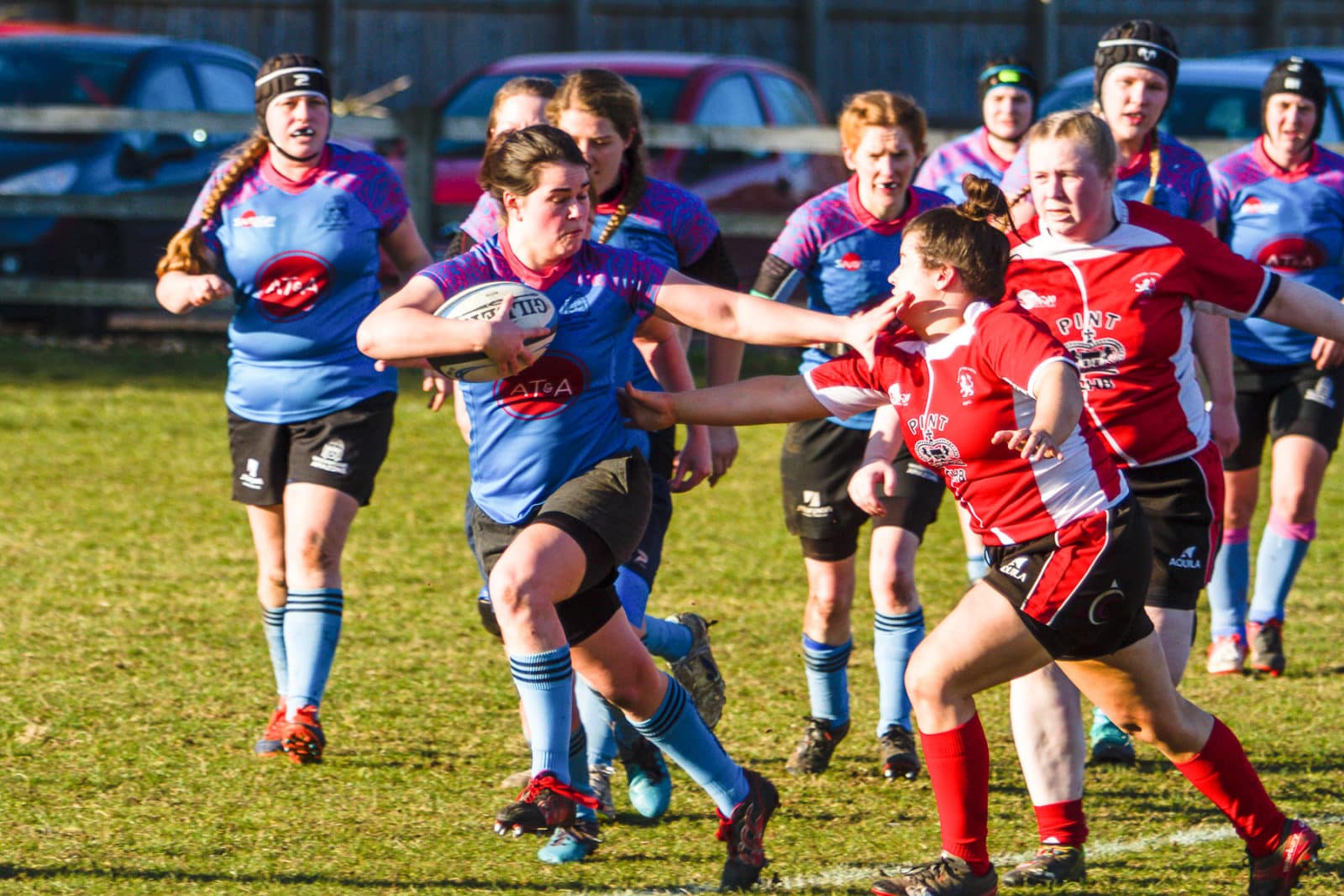 Having been “shocked” by the emerging Lakenham Hewitt ladies earlier in the season, the Woodbridge Amazons were only too aware of what happens when you take any side for granted, and they were determined it wouldn’t happen again. So, the hosts had revenge in mind, while the visitors large squad turned up at Hatchley Barn full of confidence with wins under their belt.

The match began in a frenzy, with both sides playing full of energy, forcing mistakes and snatching opportunities from errors. Early Woodbridge pressure led to a lineout at the visitors 22 metre line, but Lakenham made good ground running out of trouble, before a turnover saw the impressive Helen Self break forward for the Amazons. She was supported well by Carmel Leak, and when a penalty was awarded it was quick thinking captain Claire Brickley that tapped the ball and sprinted over from 15 metres out. 5-0.

Straight from the restart however, the ball was allowed to bounce enabling the visitors to claim possession. Using their familiar one up style of play, they drove forward until prop Chloe Halliwell dived forward from close range for the equalising score, 5-5.

The early frenetic pace lulled, but the intensity didn’t as Toni Bell was penalised for a high tackle. Moments later the Woodbridge backs showed what they are capable of as Self surged forward again. Fullback Kat Mead joined the line at pace but was stopped just shy of scoring. A scrum deep in their own half, and under pressure from a strong tight five for the Amazons, the Lakenham number eight Danni Puckrose upped the ante and galloped through tackles.

Just before the half hour Bell charged forward into the visitors half. Quick ruck ball released Brickley, then Self who ran to the corner before offloading inside to the supporting Frances Saunders for a great team try. 10-5.

Woodbridge were beginning to look the more dangerous side, but constant turnovers at the breakdown meant any lead was never comfortable. A second try for the visitors, this time from Lauren Halliwell ensured this remained a close struggle at 10 apiece, but a telling sign for the Norfolk side was that without their demon tackler Laura Fernley keeping them in the game, the hosts were definitely gaining momentum.

After the interval neither side grasped a hold over their opponent, and for fifteen minutes Lakenhams simple game plan of banging the ball up at close quarters was met with stout resistance, while the hosts looked to play expansively.

A big tackle from centre Anna Dewberry sparked the next score as Brickley scooped up the loose ball and sprinted upfield. Unselfishly, she popped the ball left to the flying Beth Clapson who outpaced the covering defence for a third go ahead score. 15-10.

From the restart Self piled on more pressure before releasing young Megan Butcher out wide. The former Woodbridge youth player was snagged by Fernley, and a scrum was awarded to the visitors. A huge effort by the Amazons pack drove Lakenham off their own put in however, and the ball was worked across the field where Clapson scored the second of her brace. For the first time in the game, the hosts enjoyed a two score advantage at 20-10.

Pressing home their advantage, first Brickley was held up at the try line, then Leak, before Puckrose again cleared the danger for Lakenham.

Regaining composure, the Norfolk team again showed just how improved they are this season and they hit back. A lineout deep in the hosts half resulted in a tangled mess of bodies at the try line, and scrum half Sophie Bambridge dotted down, reducing the arrears to a single score once more.

With just minutes remaining former Amazon Jenna Ray, now based in Norfolk, returned the kick off with interest, sparking a last gasp comeback attempt. Desperate defending, against desperate charges at the line, ended with the Amazons smallest player, scrum half Morven McAlpine underneath the ball to deny a try as time expired. This was another close match, proving how far Lakenham have come this season, but also proving that Woodbridges young side, containing five brand new players to the sport this season, have got what it takes to grind out victories. 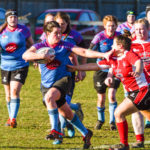 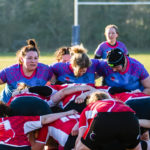 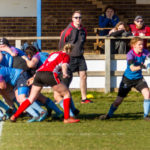 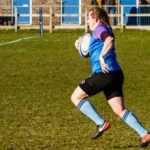 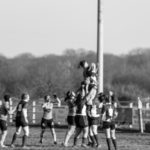 Posted on 25th February 2019 by Simon Ballard — No Comments