A week can be a long time in sport, and quick learners can boost a squad enormously in tough times.

Last week, the Amazons fielded three brand new players against a well organised East London side, and went down swinging. This week, at home against Norfolks Lakenham Hewitt, those same raw recruits played a big part in securing a well-deserved league win. In fact, a fourth new player, again a total novice was introduced and didn’t make a bad move. Eager to reverse an opening day loss to Woodbridge, the visitors looked menacing from the outset. Moving the ball quickly, and driving forward relentlessly, the hosts were forced into giving away several penalties. The Amazons defensive lines were tested again and again as play was solely inside their 22 for a good fifteen minutes. Julie Thatcher and Karen Black led the tackle count, while Carmel Roisin had several charges to relieve Lakenham pressure.

Alex Saunders left the field with a hand injury to be replaced by Katie Murphy and gradually the hosts edged their way into the match. A nice move saw winger Sarah Revell gain ground down the right flank, but she was unceremoniously dumped head first into the ground, and was the second player forced to get treatment.

Possession began to swing and it was the hosts that scored first. Murphy charged forward and quick ball from a ruck led to a nice try through the backs that Vicky Watts ended in the corner. A second try followed, as hooker Maggie Kelly went over from close range. Moments later a break from skipper Claire Brickley, with Rhian Claydon in support ended in Murphy diving across the try line, only for the ref to judge the score a double movement. No try. The half ended at 10-0 to Woodbridge, and while a two try lead is not a massive advantage, it did seem by holding out so well in that initial period, the hosts had nullified Lakenhams threat and gained control.

That proved to be the case as the Amazons went from strength to strength, running in four second half tries with no reply. Katarina Sidders, in just her second game, charged through defenders, setting up a try for Brickley.

Victoria Felstein had a storming afternoon, and Murphy enjoyed her best display in an Amazons shirt too, looking for action constantly. Black scored her first ever try when she capped some fine forwards play, and moments later Claydon was denied a score after taking a pass from Roisin after a terrific burst, when the referee blew his whistle and apologised to the visitors for blocking their tackler!

Now enjoying a twenty point lead, new girl Meghan Bignall was introduced at hooker. Rather more tellingly however, Lakenham fullback Emma Pigeon had to leave the field with a broken rib. In the sides earlier contest, the diminutive talisman had single handedly foiled at least five certain scores. Going blind from a scrum, Brickley scored her second through traffic, Stacy Robinson converted. Thoughts moved to a bonus point win and Anna Dewberry grabbed the final try to seal a commanding second half performance at 34-0. 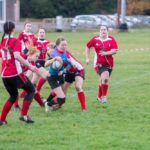 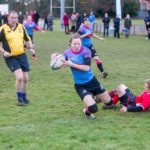 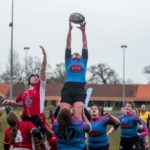 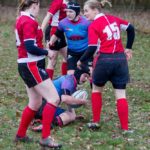 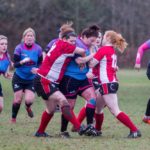 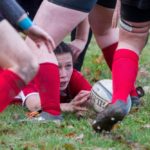 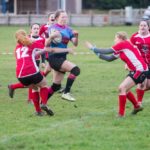 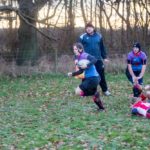 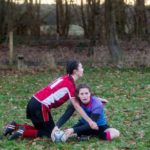 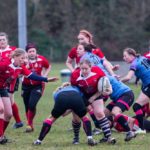 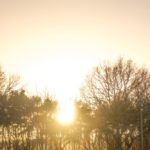 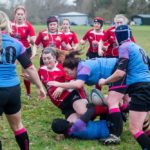 Posted on 12th December 2016 by Simon Ballard — No Comments