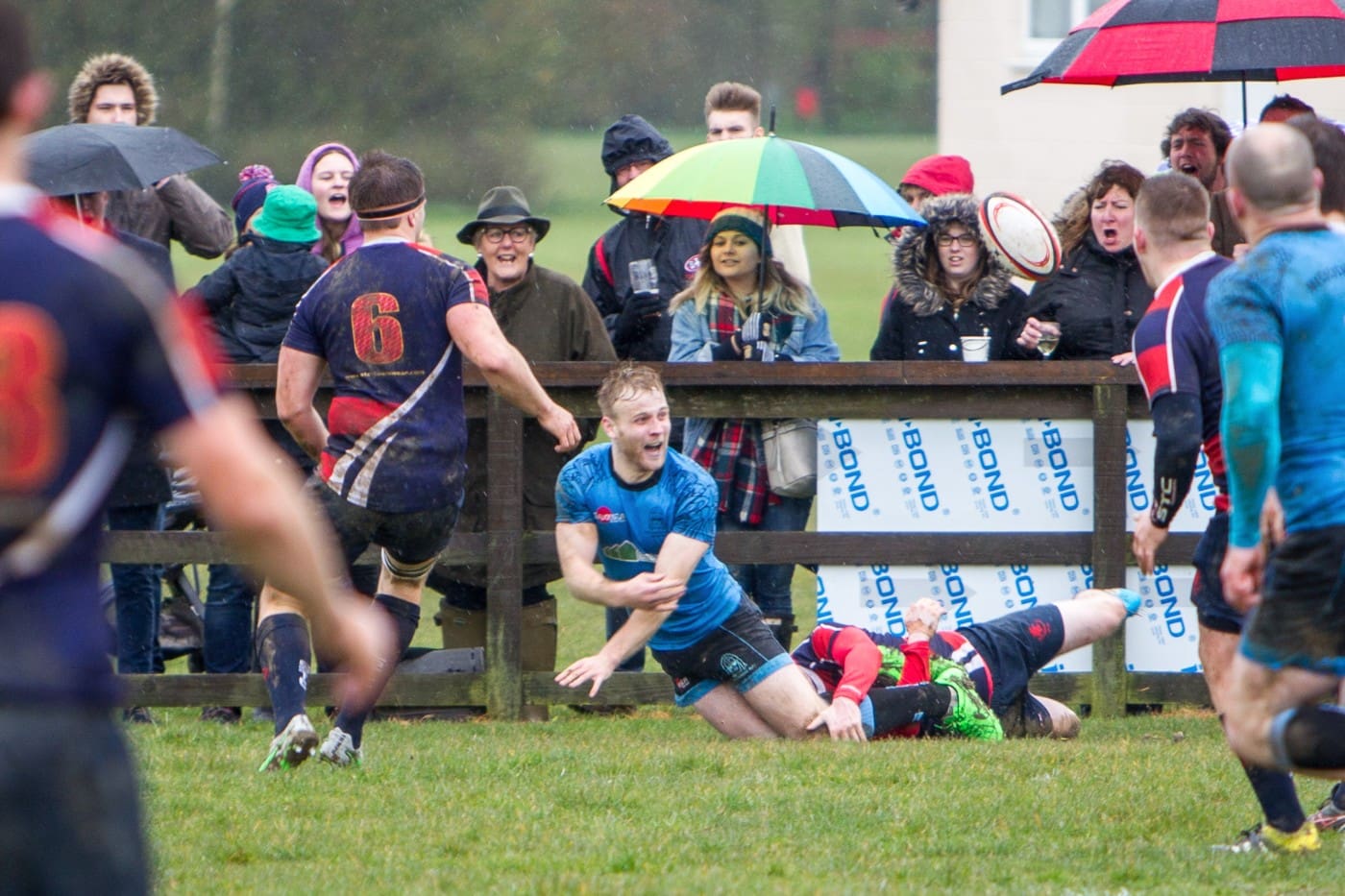 While not exactly David and Goliath – Stowmarket, lying 8th in London 3 North East and Cup holders, were the bookmaker’s favourites against Woodbridge lying 4th in EC1. The first scrum showed the home team’s strength, giant lock Graham Wilson having an effect, and an early indication of their game plan to kick for territory. The Warriors weren’t having any of it however and fly half JP Hart cleared from the lineout up to the Stow 5m line winning a scrum from the lineout and forcing the Cup Holders to run from deep only to be penalised on halfway from which Warrior full back Jacob Bodkin put in a strong run and winger Ady Sanday stunned the home crowd by scoring wide. This was not anticipated.

A nervous Stowmarket fluffed the restart and, despite coming second in the scrum Woodbridge continued to keep possession and harry the home team their back row; Nick Woodley, James Gilbert and Olly Gray scrabbling and charging to keep the ball. Stow’s tactic of kicking over the defence only reloaded Bodkin for renewed attack but eventually the hardworking full back Dan Garrard rallied an attack, slipping through several tackles and winning one of several penalties one of which he kicked for 3 points. Stowmarket supporters were then lifted after a scrum in midfield saw some slick passing, recovery at the breakdown and Dan Garrard retrieve his own chip kick and score to put Stowmarket up 8 – 5 only to miss another crack at a penalty shortly after. The dropout found Stow No 8 Max Crowe who put in a thundering run centrally as the hosts grew in confidence looking dangerous in the closing moments of the half but frustrated by too many penalties one of which was missed by Sanday.

Woodbridge took the kick off well, the second row and Hart charging effectively and getting play into Stowmarket’s danger area where good work from Tim Johnson and the pack forced another clearance kick from Garrard. Woodbridge kept the pressure with Adam Plummer distributing well and the flankers tackling hard to keep the Stow forwards at bay. Play moved to halfway when substitute wing Sam Jackson broke 30 metres for Woodley to recycle out wide to winger Sanday who scored – to the vocal delight of the coach loads from Woodbridge. Stowmarket continued to look dangerous; runs from Stu Hill and Crowe forcing some crunching tackles from sub Rob Attwater and Captain Tom Stokes while the ever-present Garrard poked and prodded the defence with a variety of kicks including an attempted penalty from the 10m line. The Warriors improved at the set piece and won free kicks at the scrum while also holding possession in the line out where quick ball across field saw Rob Attwater score and Sanday convert as Woodbridge opened a two try gap and the home crowd faced a shock. The last ten minutes saw redoubled efforts from Stow frustrated by penalties and chip kicks going dead. Woodbridge maintained an underdog spring in their step and put together their signature ruck, recycle, run combination which saw Bodkin break several tackles to score wide on the right and, with the help of five minutes more stoic defence, seal the shock win over the Stowmarket Goliath and take the Suffolk Chadacre Cup home to Woodbridge. 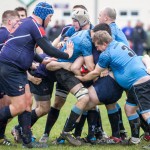 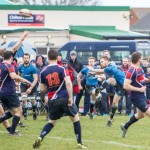 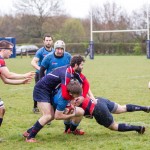 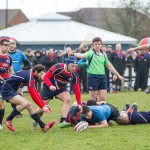 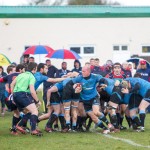 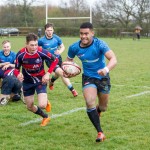 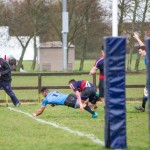 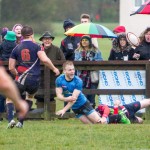 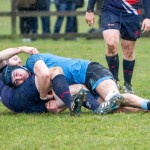 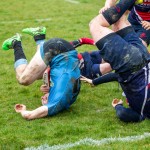 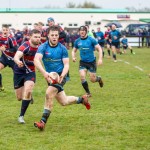 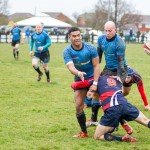 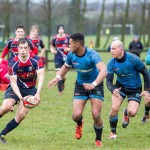 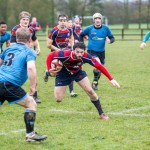 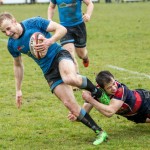 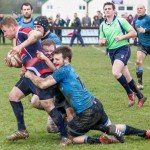 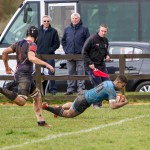 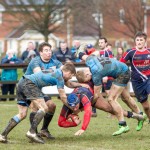 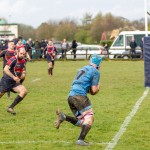 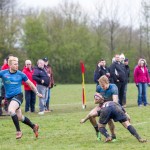 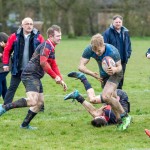 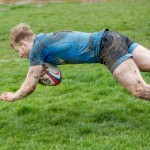